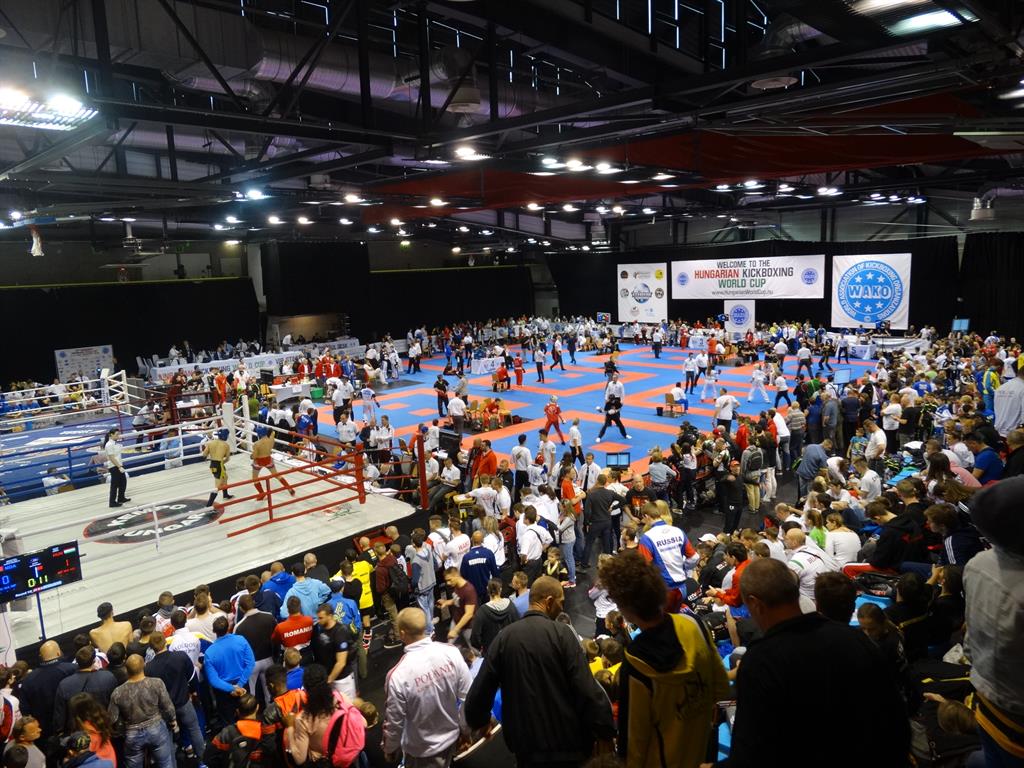 From this year Hungarian World Cup is organized in Budapest, the Capital city. This is based on the request of many National teams since it is much easier to reach Budapest and for the fact that here organizers have the better facilities for a big tournament.
This year World Cup had a huge record of participants: registrations from 33 countries, 1400 competitors registered for the tournament and more than 2300 entries. This is great. The best number ever in history of Hungarian World Cup. Also, there was a live TV broadcast on the biggest National sports channel which is, regarding popularity of kickboxing in Hungary, very important for all fans. Broadcasting lasted two hours and there were some of the best final fights and opening ceremony with WAKO President, WAKO Vice Presidents, and guests from the political and sport establishment in Hungary.
This became a very important event regarding the interest of the teams to be prepared for the World Games in K1. We have here all the fighting disciplines, K1 as well, so competition was very strong and this was a great chance for the fighters who are preparing for the next World Games 2017 to have more matches.
Peter Galambos, President of Hungarian Kickboxing Federation, member of the Organizing team:

“With changing the place for Hungarian World Cup, we provided better conditions to have a big tournament and that is very important concerning the constant growth of a number of competitors.

Here we have all WAKO fighting disciplines.
Due to the popularity of kickboxing in Hungary, here we have the Opening ceremony very important people from the political establishment in Hungary.
Also, as the President of Hungarian kickboxing Federation, I must say that I am very satisfied with Hungarian team in this tournament, especially I am satisfied that our K1 fighters have a very good chance to have fights before Championships which will be a qualification for the World Games.
The only thing we couldn’t affect with our work was the weather. We had rain all the time, but I hope that all participants had a chance for some sightseeing”. Photo gallery