Kickboxing is called to enter “After School Shift Program” in the city of Cascavel, Parana, Brazil 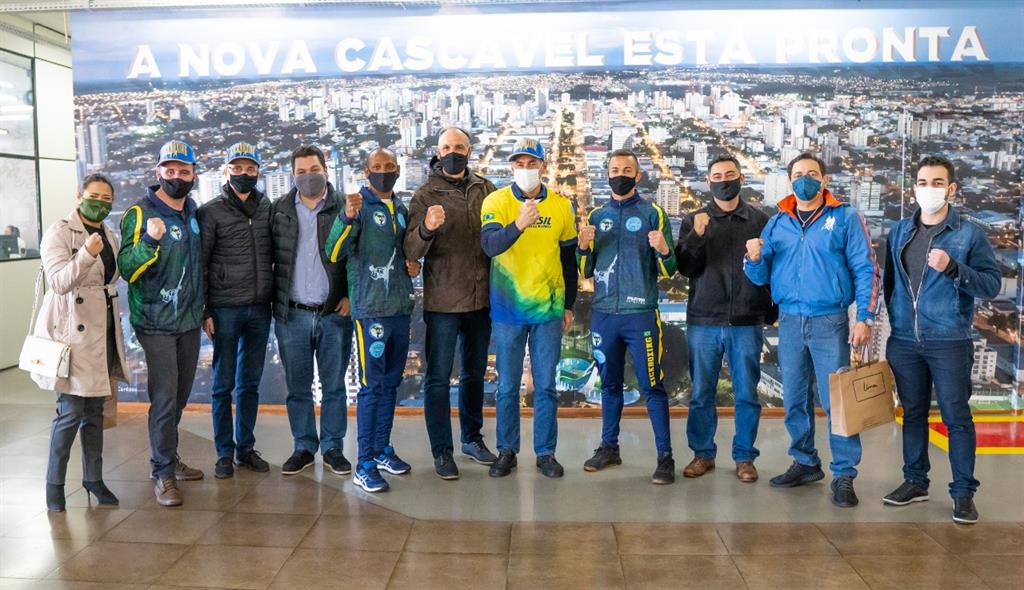 With the advent of the 2021 South American Championship in the city of Cascavel, in December of this year, Mayor Paranhos cites legacy and confirms that Kickboxing will become part of the activities of Full-Time Education program in the schools of the municipality .

On July 1st, Mayor Leonaldo Paranhos and the Culture and Sports Secretary, Luiz Ernesto Meyer Pereira, arranged the meeting with the president of the Brazilian Kickboxing Confederation (CBKB), Paulo Zorello, who introduced the 13th South American Kickboxing Championship , that will take place on December 8th to 12th at the Ciro Nardi Complex, in Cascavel . The state deputy Gugu Bueno and the president of the Paranaense Federation of Kickboxing, Galvão Vilardo, also attended the meeting.

The competition, which is expected to gather approximately 700 athletes from 12 countries, will be the first in the Continent after the sport was recognized by the International Olympic Committee.

Mayor Paranhos highlighted that in the second semester there will not only be a resumption, but an “explosion” of activities and actions in all segments. “Sports and culture will be tools that will stir our serotonin, our joy,” said the mayor, who will include the sport, by means of a public call for proposals, in the Full-Time Education activities in the city’s schools . “Holding major events is in our city’s DNA, but I believe in legacy, and the inclusion of Kickboxing in schools will give our children the opportunity to learn this sport , which is growing exponentially in Brazil and in the world,” he said enthusiastically.

Zorello confirms that the Confederation will do its best to support the inclusion of the sport in full-time activities and highlighted the mayor’s decision.” This is the legacy. Mayor Paranhos is to be congratulated for understanding how sport can be used, in the right way, as a tool for social inclusion,” Paulo Zorello said.