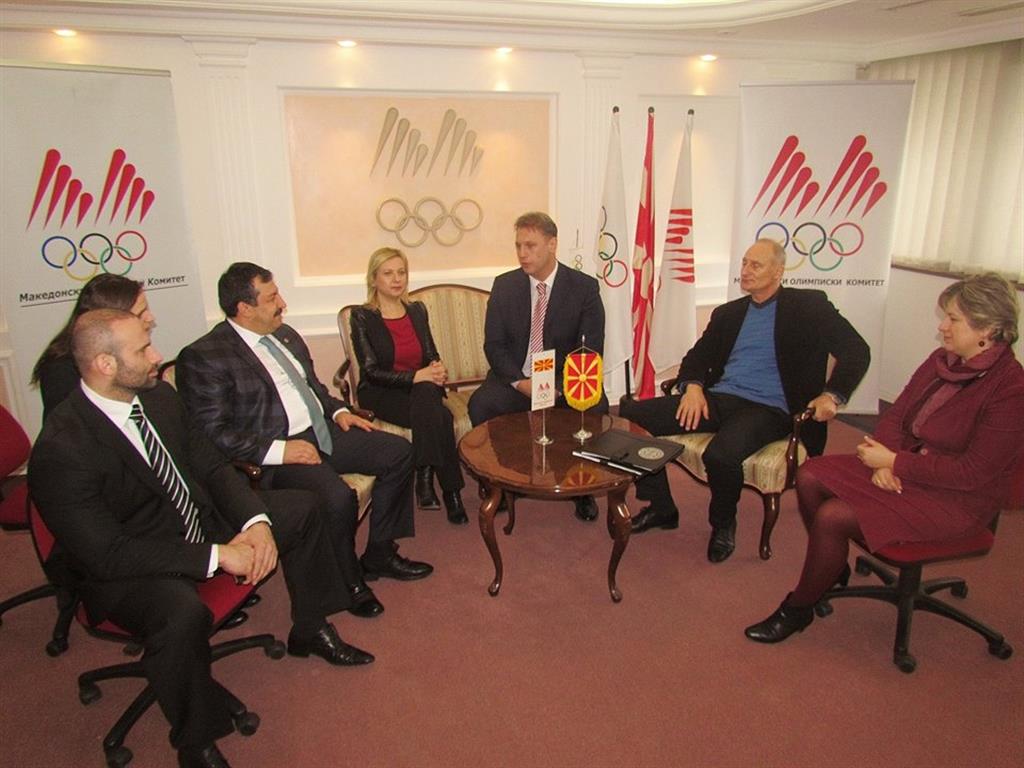 Memorial kickboxing tournament “Ljupco Nedelkovski” was held on Saturday 31st January 2015 in the sports hall Captain Kirco Dimitriov in Vinitsa and was characterized by proportions of spectacle.

The tournament was enjoyed by many visitors mostly from the eastern part and an audience from different towns in Macedonia came to follow professional kickboxing matches. From Macedonia; Miki Ivanovski, Alexander Dimovski, Dimitar Georgiev, Stojanche Tsvetkovski, Hadis Ramadani and Boban Iliovski. The tournament was attended in Vinitsa by renowned kick-boxer names of Macedonia, Serbia and Turkey, and during the tournament Macedonian kick-boxers prevailed.

The tournament began with kickboxing demonstration in the ring between young Milan Stojanoski and Borjan Todorov. Performance was very good.
Juniors also showed excellent technique of Low Kick discipline.
Boban Ilioski -Dimitar Djordjevic (low kick, -71 kg) 3 :0 and Hadis Ramadani and Fazlija Rexhepi (in low kick to 63.5 kg) 3:0 received applause from an audience of 1500 spectators present in the sport hall. Clue of the evening was the fight in K1 81kg where the European Champion bronze medalist, Miki Ivanovski, defeated Turkish multiple champion, Oguz Seker -86kg K1 rules and won the title as best kick-boxer.
In other fighting forces against Alexander Dimovski and Fatih Yildiz (up to 91 kg in low kick ) finished 2:1, Lazar Todorovic-Turgut Kosakoja in K1 (86 kg) 0:3 ko, Stojanche Tsvetkovski-Aykut Tonkal (low kick, -86 kg)1:2, Dimitar Gjorgjiev MKD golden boy from two world championships, Skopje 2011 and Antalya 2013 against Muhamed Yildiz (low kick -81 Kg) beat 3:0. Tournament was organized by Macedonian Kickboxing Federation and JP “Win Sports”, and with the support of the Council and the local government of the Municipality of Vinitsa, which again proved to be an excellent hosting town, which followed the plaque from the Federation for Mayor Emil Donchev.

During the event an important agreement for cooperation between Turkish and Macedonian Kickboxing Federation was signed for the duration of four years. In the premises of power, and in the presence of General Secretary Sasho Popovski and sporting director Vladimir Bogoevski the agreement was signed between the parties with great satisfaction as a non-Olympic sport tending to be part of the Olympic family and have the support of the Macedonian and Turkish Olympic Committees.

Mr.Kayici conveyed the greetings of the president of Turkish Olympic Committee to the Macedonian Olimpic President. Mrs Aleksandra Nedelkovska and Mr.Salim Kayici were received by director of agency of youth and sport AMC Marjan Spaseski. Director Spaseski did not hide his satisfaction for the visit to Skopje in Macedonia of Mr.Salim Kayici and his team.
This was another success of kickboxing sport in Macedonia and beyond.