Opening ceremony of 10th edition of The World Games 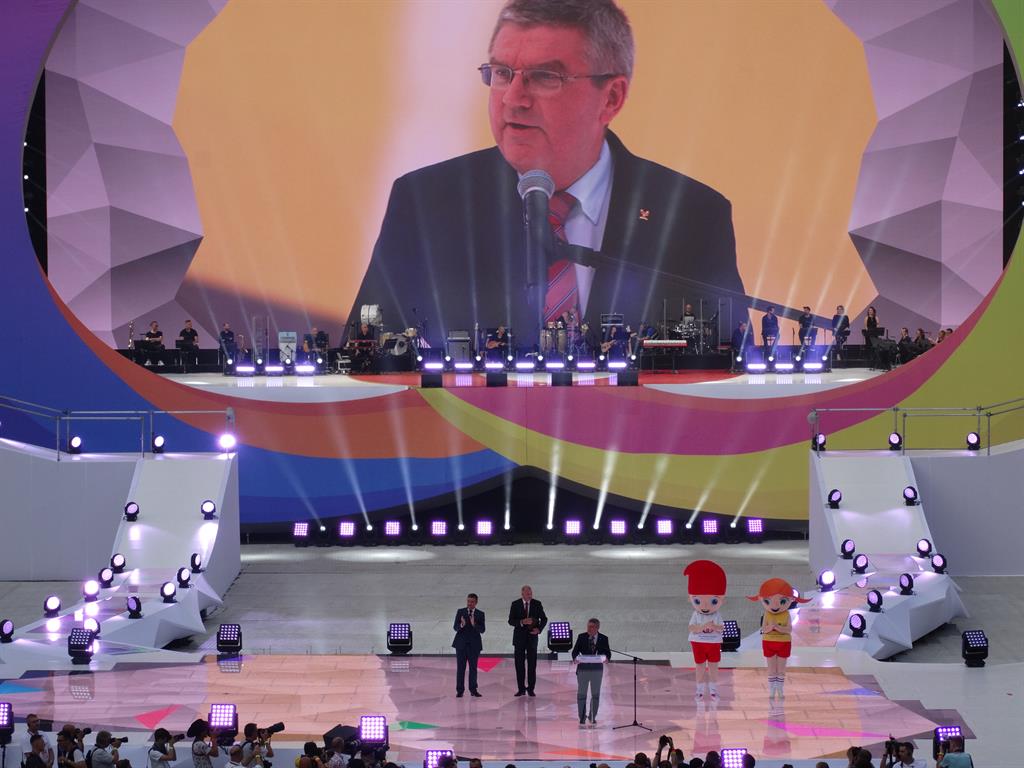 On Thursday 20th July IOC President Dr. Thomas Bach declared the 10th edition of The World Games 2017 in Wroclaw, Poland open. He address to the organizer, volunteers, athletes and the audience greeting all sport lovers, between the welcome speeches of Jose Perurena, President of the International World Games and Rafał Dutkiewicz, Mayor of the city of Wroclaw.

The impressive opening ceremony at the sold out Wroclaw Stadium was the perfect start for the biggest sport event ever held in Poland. Now it’s up to the athletes to dazzle, showcasing their sports in an outstanding and thrilling way.

During the next ten days, 3,250 athletes from 111 countries will compete in 31 sports (27 official sports and four invitational sports) to become the World Games Champion in one of 218 medal events.
The World Games is considered a stepping stone towards becoming part of the Olympic Games. In a Press Conference held before the Opening Ceremony for The World Games, President of the International Olympic Committee Thomas Bach said that his organization is “working very closely with The World Games” to help the organizing committees of future Olympic Games decide which sports to include in their programme.
The 10th edition of The World Games, in Wroclaw provides the opportunity for sports to demonstrate that they are worthy of being in the Olympics. Dr Bach explained: “We have a team here of observers who will look at all the sports and all the disciplines and then we will continue talking”.
During the spectacular show, we saw fantastic performance of the singers and dancers, and a fantastic defile of the countries participating. The most numerous teams were Polish (218) and France team (193).