Preparing the 30th SEA Games 2019 in the Philippines 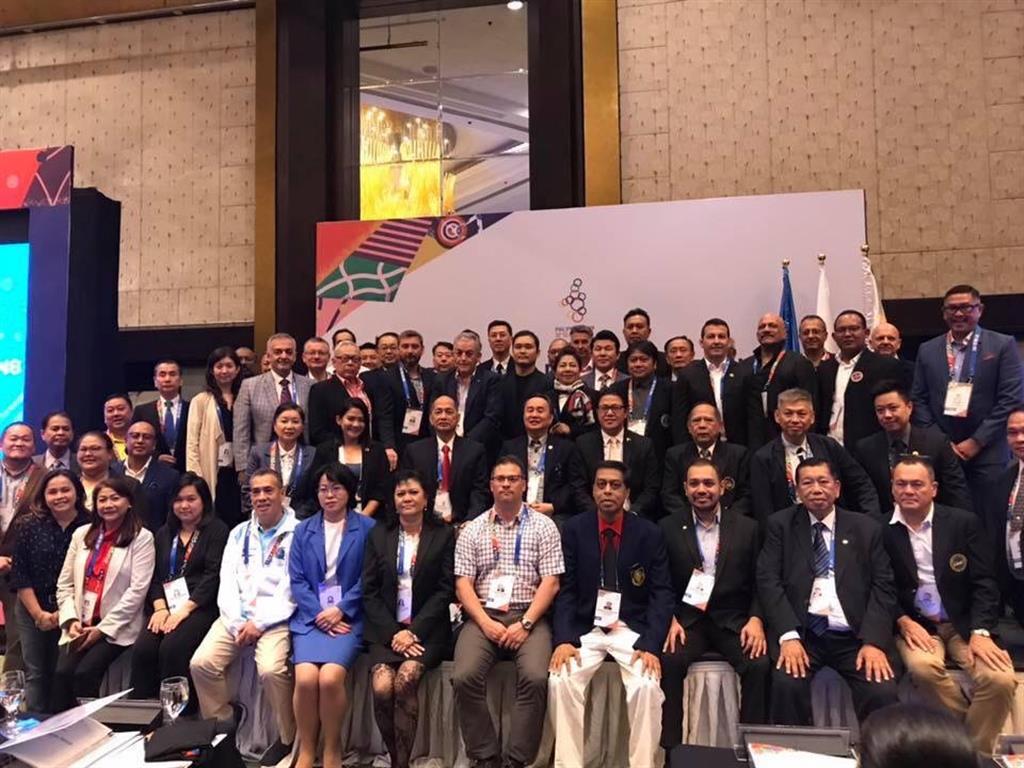 A delegation from the Asian Kickboxing Confederation (WAKO ASIA) took part in SEA Games First Technical Delegate Meeting.
Mr. Euncheon Jeong (Korea), technical Director of WAKO ASIA and Technical Delegate for the upcoming 30th SEA Games 2019 Philippines, arrived on December 12th 2018 in Manila (Philippines) for various meeting and the 1st Technical Delegate Meeting of 30th SEA Games 2019 Philippines, where Kickboxing became an official sport under the Asian Kickboxing Confederation management.
Other 55 sports technical delegates were also present. During various meeting with the organizing committee, technical issues were discussed and delegates had the opportunity to exchange ideas.
Mr. Nassiri, President of the Asian Kickboxing Confederation (WAKO ASIA) and Vice President of WAKO, joined Mr. Jeong on the evening of December 13th for another important meeting and the visit of the venue on December 14th. The Organizing committee proposal of nominating Mr. Randy Caluag as Kickboxing competition manager was accepted by the Kickboxing delegation.
The Asian Kickboxing Confederation’s plan of holding an international Kickboxing Tournament during the first semester in 2019 was warmly welcomed. The event will serve as a test event for the upcoming Kickboxing competition during the 30th SEA Games 2019 Philippines.
The number of the events and styles were discussed with Mr. Abraham Tolentino, the Director for Sports of the 2019 Philippines South East Asian Games Organizing Committee and submitted to the sport department for review and comments.
Mr. Nassiri, accompanied by Mr. Caluag, had opportunity of visiting some Kickboxing local gyms, Fort Santiago, and to pay his tribute to the reformist writer José Rizal, who is generally considered the greatest Filipino hero and Philippine national hero.
The 2019 SEA Games, officially known as the 30th Southeast Asian Games is a regional multi-sport event that will take place in the Philippines in November and December 2019. The SEA Games has particular importance as it is organized every two years with exclusive participation of 11 Southeast Asian National Olympic Committees and is considerate as Southeast Asian Olympic Games.