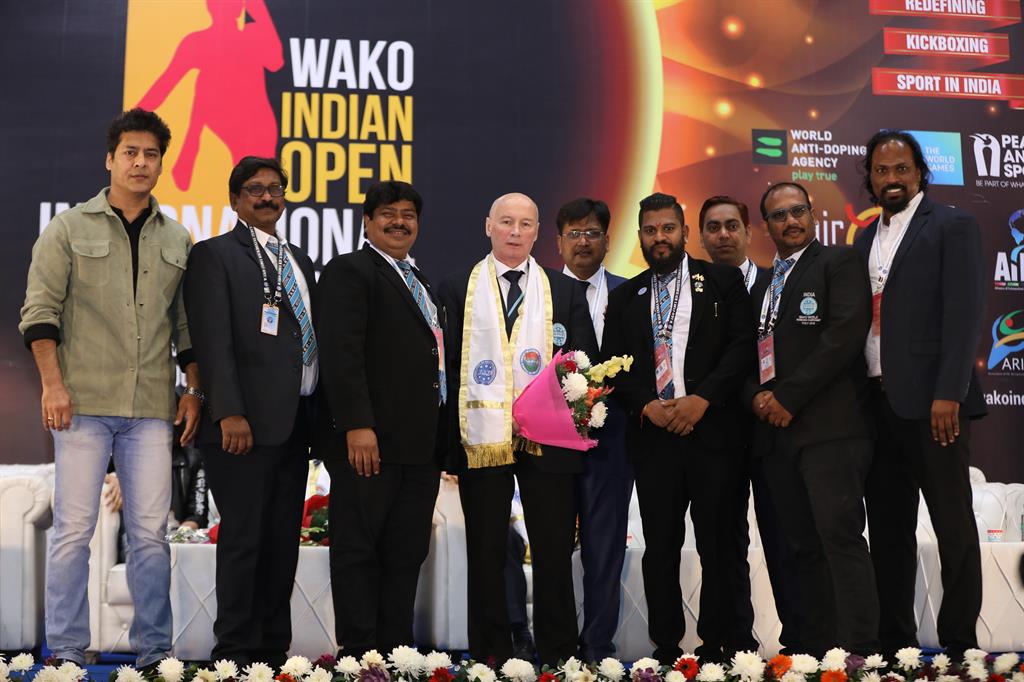 The festive opening ceremony of the Cup was magnified by the presence of Minister of State for Social Justice & Empowerment (Government India) Mr. Krishan Pal Gurjar, who opened the competition and with the presence of one of the most popular Bollywood actresses Mrs. Ritika Singh, who is the welfare promoter of Kickboxing sport, one of the most popular pop singers in India, MD Rock Star and Yogeshwar Datt, Olympic medalist in wrestling.
The India Cup is supported by the Minister of State Youth Affairs & Sports (Government India) Mr. Shri Kiren Rijiju.
On the margins of the championships, it was held referee seminars for tatami and ring led by Brian Beck and Yury Lakhtikov.
On the first day of the Championships, the audience had a pleasure to enjoy the colorful opening ceremony and competition in Musical Forms, and the second day, competition in Point fighting and Full contact was on the schedule. The two days after were reserved for Light Contact, Kick Light, and Low Kick and K1 style.
Technical observer of the Cup was Romeo Desa, WAKO Technical director.