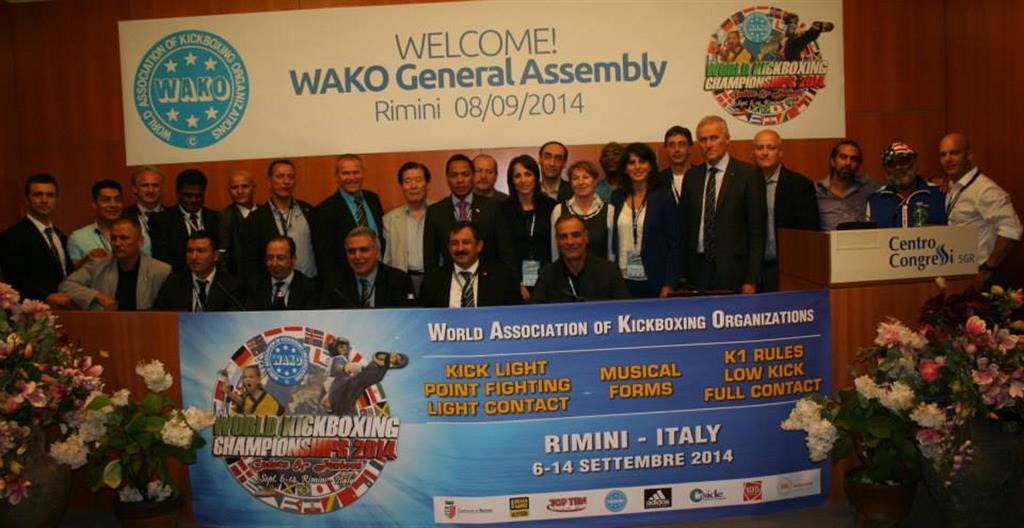 The World Cadets ad Junior Championships in beautiful Rimini, Italy, has come to an end.
In total 2.056 enthusiastic athletes from 60 countries united to show the power of the youth. Before I say anything else Thank you to the Promoters Gianfranco Rizzi and Barbara Falsoni and their team. Thank you to the Organizing Committee and thank you to all referees and judges. The event was fantastic and the Sport-Hall was just spot on. Even though such a big event the facilities were great and still we had intimacy to strengthen the kickboxing family. Not only the sport-hall was good, the setup, the podium, the medal and trophies were great. When being in a place like Rimini with many small hotels, it is always with some excitement how the logistics will be. The result was good due to precise and great planning. The logistics worked, the food was good and in general, when handling approx 2.500 people I must say I am satisified with the event, in total. We have a job to do to constantly publish the results and to build enthusiasm for those who are not present.
The streaming online was important this year as well and lead to publicity. In total 13.500 people streamed the Championship. It is a great number, but it also tells about the possibility we have using the social media for advertisement. All continents in WAKO were present and some countries as expected, like Russia, Italy, Hungary and Ireland took a big bite of the cake. However, I think it is my duty to also mention those who really produced results, more than expected. 

-Turkey has created a power that few country can match. They control all disciplines and for the first time in history they got a gold in light contact. 
-Mexico was a surprise. They entered with a big team and dominated partly the tatami and especially in Point fighting. Several medals and good performance in the Team Fight show that Mexico will be a dominating country from PanAm. A great team, a infectious enthusiasm and a good spirit.

Looking forward to see them again next year. 
-Bulgaria; What has happened? Suddenly they were all over, producing medals. I was surprised especially in the Point Fighting and in the team fight you saw how good they have become. I will indeed look carefully on their development. Watch out! 
-South Africa; a big team with great athletes. Always giving their best and so very polite in all they do. I really hope we will see more medals from them. Pat, you have a great team 
-Madagascar; I got proud. For the first time gold in a Championship. Not only one, but two. Their team and their President almost «exploded» by the result. Not only that, their fighter in Kick-Light, also received the prize of the best male athlete in Kick-Light.
We know already that Isle of Mauritius produce fantastic athletes, but now Madagascar have merged. Watch out. Congratulations to Briand Andrianirina and his great team. 
-Oceania; New Zealand sent a great team and I was indeed surprised to see the team from Australia. From many years we have missed their participation. Great to have you with us and I really hope that you got inspired from this event.

In short; WAKO have a great future! May I congratulate all the athletes and the medalists in particular. When seeing the faces of victory and the joy of winning, I get proud. When observing the dissapointment in their losses, whether is in the final or in the eliminiations, I get emotional and it shows the dedication and the love for the sport, even for 10 year old cadets. My advise for all those who are dissapointed – learn from it. It will make you a winner. You are all winners as you all show sportsmanship. Coming up – the European Championships in Bilbao, see you there!