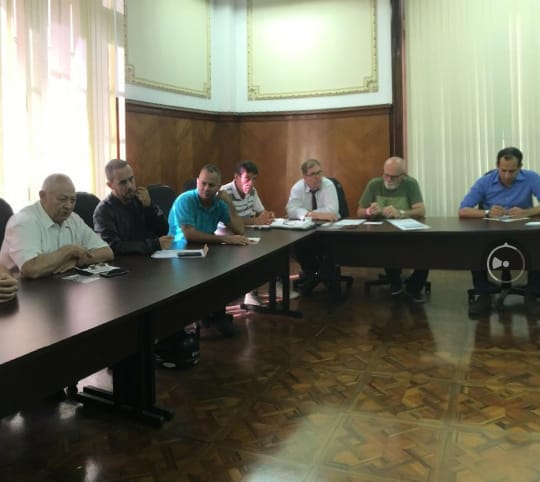 In a meeting held at the City Hall headquarter last May 30th, Mr. Luciano Ferreira Martins, a black belt of the Brazilian Kickboxing Confederation, Mr. Paulo Alexandre Barboza, the mayor of Santos City, Mr. Sadao Nakai, Secretary of Sports, and Mr. Carlos Alberto Ferreira Motano, Secretary of Education, agreed that from July 2018 on, Kickboxing sport classes will be offered to all the population.
It is important to emphasise that the project will initially offer 6 (six) hours of free classes per week and, according to the demand, the City Hall will offer more classes to the population.

Elected to fulfil his mandate until Dec 31st, 2020, at the City Council of Rio de Janeiro, Daniel Martins is a Kickboxing Black Belt from the Brazilian Kickboxing Confederation and one of the most active City Councilors, always defending sports causes in the second biggest city of the country. He concentrates especially on Kickboxing sports, one of his passions, and he works hard to promote at different levels in the ‘Marvelous City’.
In the last picture, Daniel stands besides Lailane Mota, her coach Mario Soares and her partner Sandra Silva, all members of the Brazilian national team. Lailane is a Pan-American Kickboxing Champion in K1 Rules at 52 kg, under professional rules, who received the motion ‘Round of Applause’, from Rio de Janeiro’s City Council after conquering this important belt.