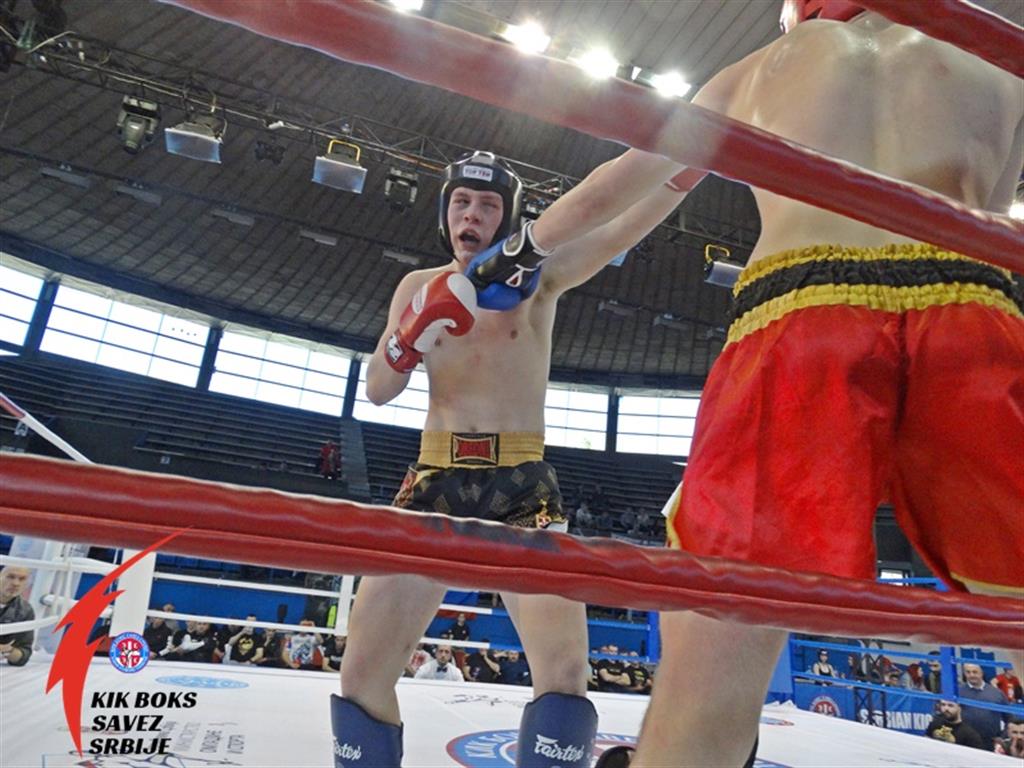 The European Kick Boxing Cup of Serbia OPEN, included in the official calendar of World Kick Boxing Federation of WAKO activities, as well as its European division, was held this year from March 15-17 in Belgrade.
305 competitors from 76 clubs and 14 countries of Europe participated, plus the Asian country of India.
The special guest and promoter of the tournament was Semmy Schilt, the Duch kick boxer, four time K-1 World Gran Prix Champion and one time GLORY heavyweight Grand Slam Champion. He is the only fighter in K-1 history who won Glory world championships three times in a row.
The competition included two disciplines of kick boxing, tatami Kick light and ring K-1, in the age categories ranging from senior, cadets, juniors to seniors, in women’s and men’s categories.
The competition began on Saturday, March 16, with the elimination bouts; on Sunday, March 17, some of the finals were completed during the day and the top ten final bouts were left for the special Gala evening program, designed as a real show, that started at 20,00 h.
In front of about 1500 spectators and of the television cameras, the best fighters of the tournament faced each other in the ring.
The best competitor of the Serbia Open Cup resulted Remzija Dacić, -75kg K-1 from Montenegro.
The best female competitor was Marina Dekic, 56kg K-1, Kick Boxing Club “Internacional” Zrenjanin. The winners were awarded by Semmy Schilt.
The special program of the Cup contemplated a seminar in K-1, led by Semmy Schilt. Three hours of socializing and practicing with the champion were invaluable to all competitors who were eager to improve their career learning from the best in this matter. Simple explanations and demonstration of the techniques, as well as sparring supervision, confirmed why Semmy Schilt is a giant, not only by its physical constitution (2.10 m tall, weighing over 110 kg), but also by his heart and the passion to transfer precious knowledge to younger fighters who are just getting up for their biggest victories.

The result of the competition by nations is as follows:
1. Serbia
2. Bosnia and Herzegovina
3. Hungary
4. Moldova
5. Slovakia
6. Northern Macedonia
7. Montenegro
8. Bulgaria
9. Slovenia
10. Croatia