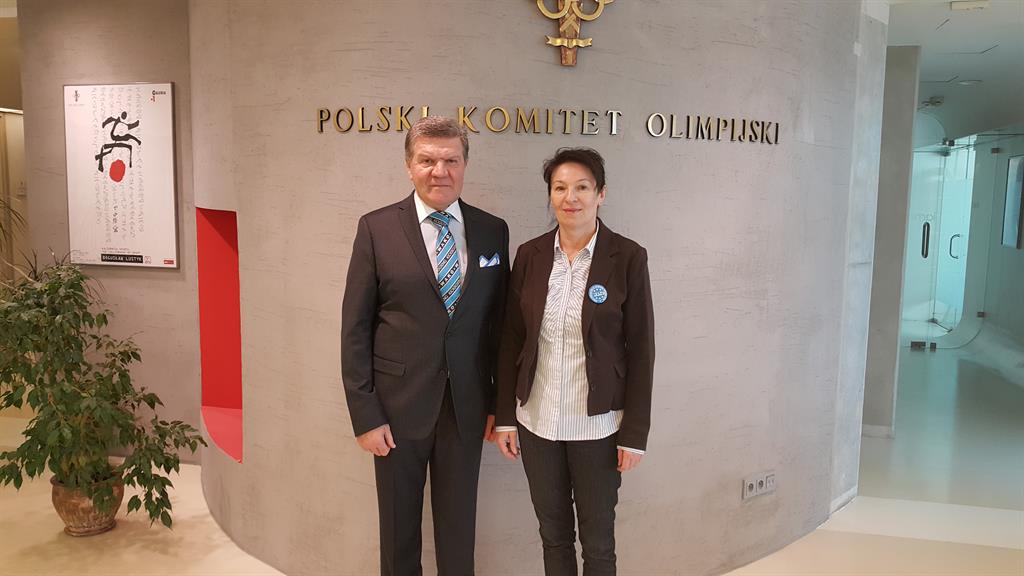 On the meeting with Mrs. Irena Szewinska , who is IOC member and Vice President of Polish Olympic Committee, and five times Olympic Champion in athletics (running), WAKO President introduced her about IOC application which WAKO applied to the IOC in August 2016.

She promised full support for WAKO and all necessary help WAKO needs in process of the IOC recognition and becoming the part of Olympic family.

WAKO delegates also had a meeting with a representative of Polish Ministry of Sports Mr. Andrzej Banasiak who is responsible for combat sports in Poland.

This meeting was very successful too, and Mr. Banasiak was very satisfied that WAKO will participate in the World Games in Poland 2017.

Here below Mrs Kate Kocizewska, WAKO Board member, together with Mr. Borislav Pelevic