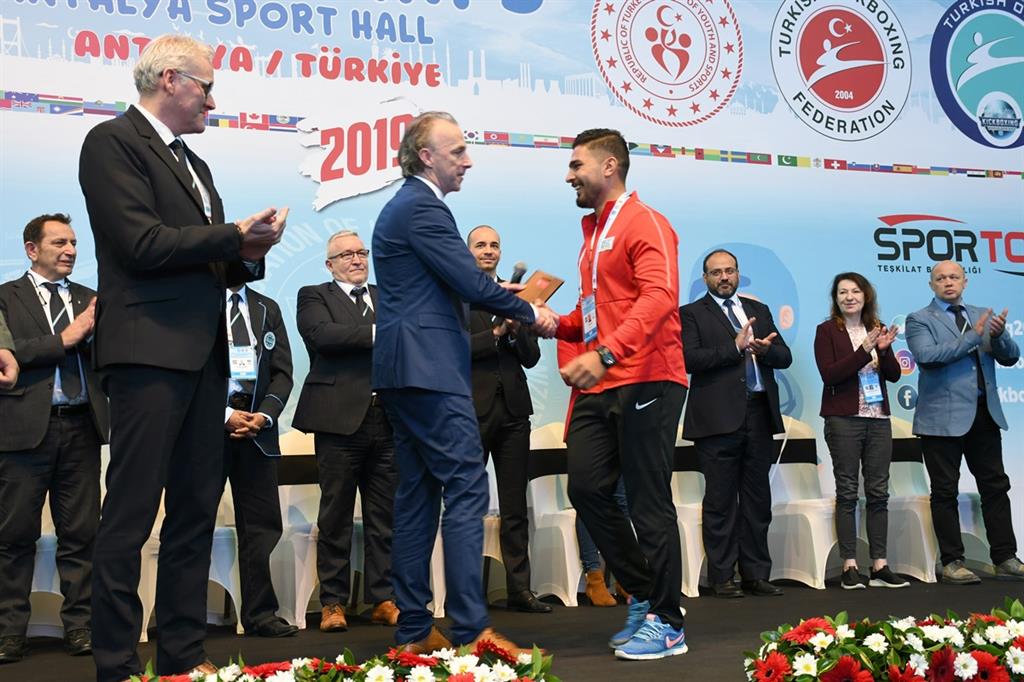 This is the story of Syrian refugee and changemaker, Ali Hussein Alkhaldi.
One of hundreds of thousands Syrian refugees in Jordan.
When he got the chance, Ali grabbed the possibility to change himself as well as hundreds of kids and women in the camp.
Ali Hussein Alkhaldi is a 27 years old Syrian living in the Zaatary refugee camp in Jordan since 2013 with his wife and two daughters, and approximately 80.000 other refugees.
They are all hoping for a better future.
Ali is originally a student in civil engineering in Damascus University. Because of the war in Syria, he couldn’t complete his studies.
His house along with the whole district in Damascus was destroyed and Ali had to escape together with eight brothers and their mother and father.
The family lived in a tent, always watching quietly in order to pass the border safely entering the Jordan desert, later arriving in Zaatary.
Here he has started to build a new life preparing for a future he have very little control over.
Ali decided to change his life as much as possible, doing courses in engineering, English courses, computer courses, and trying to improve his skills in order to maximize his opportunities. As a fitness coach, he started to go to the gym trying out kickboxing.
Ali then discovered that kickboxing changed his own life, and the life of others.
When International Refugee Department and «Peace and Sport» wanted to find coaches for the «Live Together Program» in the Zaatary refugee camp, they searched for a coach trough an assessment process. Who would fit into something that can change lives?
As coordinator for UNHCR Ali came in contact with the organization «Peace and Sport» , and after a selection process he was chosen as a coach in Zaatary.
WAKO is a part of the «Peace and Sport Live Together program» where we educate instructors for the purpose of creating social cohesion among the refugees.
WAKO’s objective is to use kickboxing as a tool in an aggression management program.
Using kickboxing as a physical recreation, to educate respect, to develop self-esteem and control and to ensure a more balanced life.
The aggression in the camp is considered as high and in a camp like this, there are few possibilities. There are schools in the camp, but the rest of the free-time is filled with emptiness. Organized training and discipline and systematic management is therefore very helpful in all ways.
It’s a matter on how to ease the daily life that everybody take for granted.
Ali Hussein was perfect for such program with his emphatic and including skills.
Teaching kickboxing has became a full time occupation for him, and today over 250 kids attend the kickboxing-program in two separate parts of the camp.

As Ali express it:

– I love my job because it’s very important to give children hope. In the camp the kids very often suffer from bullies. They need to have strength and confidence. We also want the kids to make new friends in class. Kickboxing also can make them forget about the war for a while.

Last month WAKO started implementing the first phase of the Self Defence-program. Ali is responsible for mentoring other coaches and assist the female coach they have educated.
For a period of two years WAKO has sent seven people in order to build the program and educate Ali and his team. Four multiple world champions have been in the camp to educate and inspire.

In the years to come WAKO will escalate the focus on this program.
Even the technical partners of WAKO are taking part of the program, donating both equipment and clothing to Ali and all the kids.

– Ali, living in a refugee camp should be a temporary solution. What are your dreams for the future?

– My main dream is to become a Sport ambassadeur. That way I can help people who suffered, just like I did. I want to give them hope. Also I want a peaceful life for my family somewhere far away from the war we don’t understand, and I would like to continue my studies. I want to make my contribution to making this world a more peaceful place.

They did this to inspire the man who inspires so many people suffering a life as refugee.

As a special guest of WAKO, they managed to help him to get a passport, apply for a Visa and planned the whole trip, all included. It would be tricky for a Syrian refugee to get Visa.
It almost never happens.

But WAKO managed to get Visa for Ali both ways, and they were so happy that this could be his opportunity.

– It was almost like science fiction to me that WAKO and «Peace and Sport» managed to get a permission for me to leave the refugee camp and travel outside Jordan. I also brought my friend Oday Al Khozai to company me from the Jordanian authorities. This gave me a massive boost, is Ali’s response.

The trip from Jordan to Antalya, Turkey, was a massive experience for Ali. Things most of us take for granted, was a first for Ali on this lifechanging trip. It was his first time on an airplane, he had never been at the seaside and tasted seawater and he had never before tasted fish.

– Many things on my trip to Antalya is a first time experience for me. Don’t forget that I left my home and my life when I was a boy of almost 20. For the first time in my life I am outside Jordan and Syria. Even though I don’t know how to swim, it was a very remarkable moment. I was looking at that interminable water and thinking that life is just like water. It can be calm, it can be storm, it can be deep and huge and it can be put in one hand. It can take any shape you want, and it is still amazing. For the first time I have eaten fish. Such small moments are massive to me, Ali smiles.

Ali was honored at the opening ceremony with the «WAKO Fair Play prize of the year» for his outstanding achievement in the Zaatary refugee camp.

Ali is a natural part of the great WAKO family, and he was treated with the same dignity as all participants in the WAKO World Championships are used to. He attended championship fights, and got to know several of the national teams, who supplied him with bags full of clothes and equipment to bring back to the gym in the camp. Ali was a part of our Athlete Corner concept as well as our seminar, telling his story and the important for a sport to contribute.

Living as a refugee, Ali has been reflecting over which things in life that are important.

– The most important thing in life is to have a family. The second most important thing in life is safety. A safe life is a good life. The WAKO family has made me feel accepted, confident and safe. During my week in Antalya I had time to think about everything that has happened to me. This is a part of my continuing process to focus on all the good things that are happening to me now. I wish everyone peace and love. I want everyone to love others, because the love that you give, will return to you.

Ali has proven that sport can change life. Sport build bridges. It creates opportunities, give hope, give control, shows respect and humility. Sport makes it possible for people to actually live together despite their background as refugees.

Ali has set an example to follow, experiencing situations we don’t want any human being to experience, transforming in to a social changemaker.

WAKO’s Because We Care program is part of our DNA: the social integration program creates understanding, pride and care for each other.
«Because We Care» has been valuable in the WAKO organization thanks to Ali, a Syrian refugee in a situation that seems hopeless with no immediate future.

Ali has become an asset, a changemaker that grasped on to sport as a possibility to create peace.

Ali is our Hero.

A true passionate person who is transmitting care, for someone a person that is considered a second father.
WAKO is happy to be part of «Peace and Sport Live together program», simply because we help people and because we care.

But first and foremost, thank you, Ali!