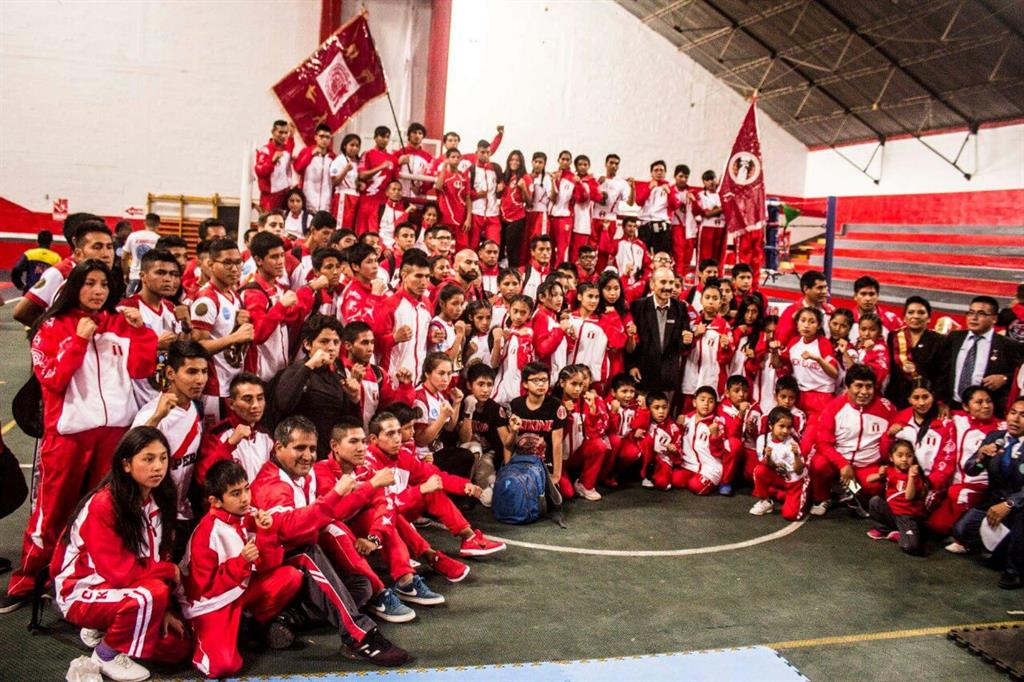 250 athletes from 6 countries gathered in the city of Ayacucho – Republic of Peru – for the 3rd Bolivarian Kickboxing Championship, organized by the Peruvian Federation of Kickboxing and Wako Peru, with the support of Wako Panam. The event was part of the agenda for the 478 years of the city of Ayacucho, in the Province of Huamanga.
The competition was held at the Ciudad de Caracas Coliseum, on April 21st, 22nd and 23rd, 2017.
Friday 21st began with the weighing of the fighters, the briefing of referees and judges and the welcoming to all the delegations in the municipality of Ayacucho.
Saturday 22n, a parade was led through the streets of Ayacucho to the coliseum, and was followed by the inauguration of the Championship and by the start of the battles on the tatamis (Point Fighting, Light Contact, Kick Light ) and rings (Low kick, full contact and k1 Rules).
The event continued on Sunday with the combats on tatamis and rings. 7 belts were fought for, in the finals of Low Kick and K1 – Rules, in addition to the musical forms with weapons and without weapons competitions.

The delegations of Argentina (guest), Bolivia, Brazil (guest), Ecuador, Venezuela and the host Peru, with competitors from Infant, Youth, Senior and Master Category of all types of Kickboxing, were present at the competition.
At the end of the event there was a positive balance of none injuries. The ranking ot the countries, in terms of medals, was the following: 1st place Peru, 2nd Argentina, 3rd Bolivia, 4th Ecuador, 5th Venezuela and 6th Brazil.
At the closing ceremony Wako Panam delegates Darío Alvarado and Rafael Moreira were present, as well as the president of Wako Peru Dr. Wilmer Rojas Flores, the general secretary Rubén Lara, the president of WAKO Argentina and the vice president Wako Panam Juan Corrales, Wako Ring Ecuador Efrén González Cabezas, Wako Tatami Ecuador Edison Gómez, Wako Bolivia José María Castedo, as well as local and regional authorities. It was a successful day for the South-American region, for Pan-American sport and World Kickboxing.