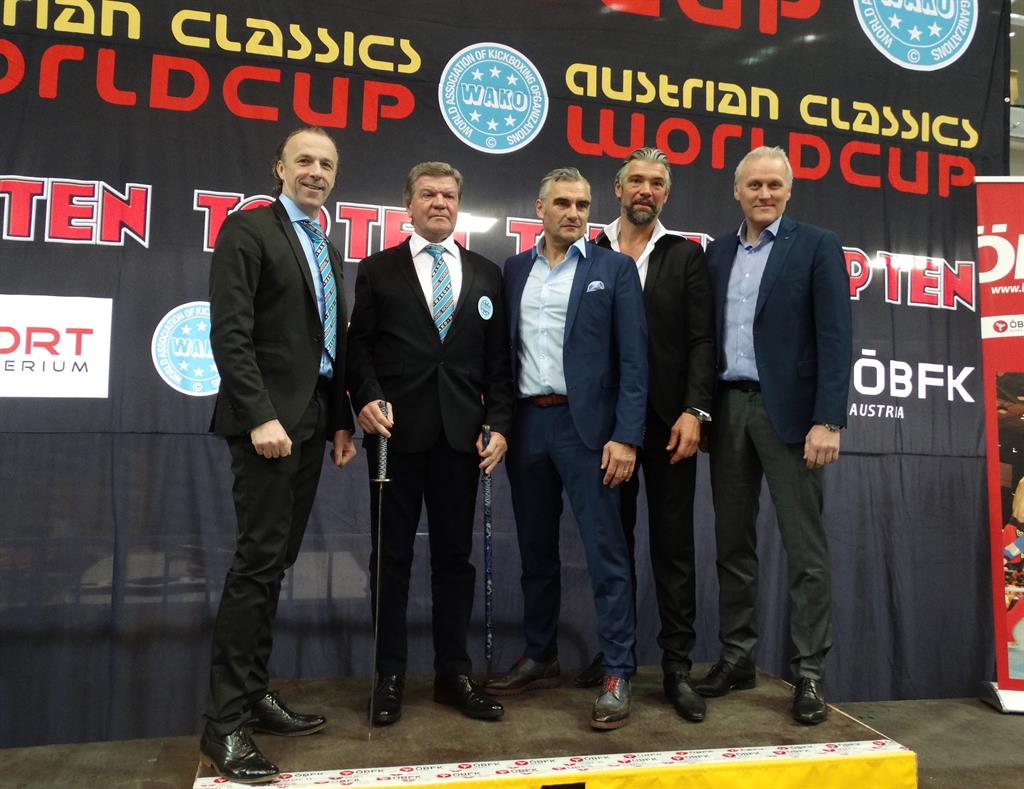 20th Anniversary for great kickboxing tournament this year was a celebration of sport and fair play. 32 nations represented with 2176 entries in the event from 242 clubs made this Austrian Classics special again.
K1, Full contact, kick light, light contact and point fighting were disciplines on the schedule.
Even the host had one of the numerous team-326 athletes, the most numerous was Italian team: record of 398 athletes confirmed Italy as one of the best kickboxing nations in WAKO.

Even Iraq (2) and United States (7) had its representatives, what makes this tournament even more prestigious. Italy, Austria, Germany, Hungary and Czech Republic were five the best nations in the medals statistics.

TIME TABLE of the Tournament:

Saturday April 22nd 2017
9.00 am started Grand champion, juniors and seniors, Point fighting all categories and ring sports, semi finals and finals, Light contact and Kick light: from 10.00 am to 2.00 pm