The Wako girl with a sword, WAKO champion Jesse Jane McParland at SportAccord Convention in Bangkok 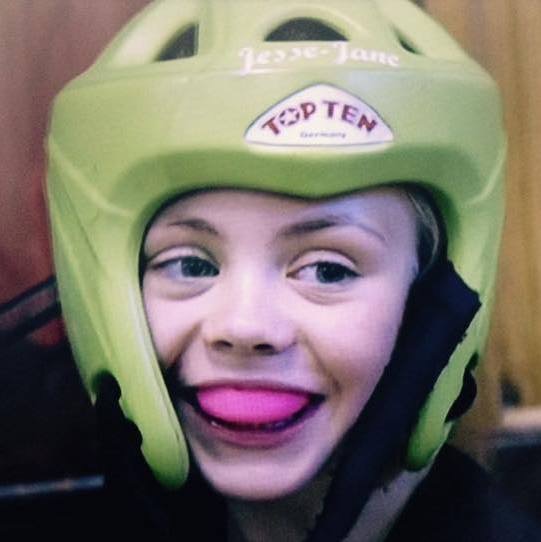 As a YouTube phenomenon, Jesse Jane Mc Parland reached the dizzy heights of 500 million YouTube views over the last year. This young lady is an international star and phenomenon, appearing on X-Factor, Ellen De Genres Show, many other internationally acclaimed TV shows, and in a number of movies and series as a young kickboxer and martial artist. At the age of 9 she gained the 8th position on the “Britain’s Got Talent” show.

She became known as #Wakogirl #swordgirl and #likeagirl , and her image was in the front cover of a sport magazine in Russia. She was invited in a China TV show, in a German TV show and acted in a fight scene in with hit USA show. She performed in a festival in Paris, opened the senior 20th WAKO World Championships in Belgrade and became an inspiration to young girls all over the world, suggesting they can become anything they want to be.

Jesse Jane McParland is now 12 years old, she is still a little girl with 3 sisters and a dog named Baloo. She fell in love with the sport of kickboxing at a very young age. Her mother wanted her to learn ballet, but she didn’t like it. Her motto is: “Not every girl dreams of being a princess”. Her feet are firmly on the ground, she loves schools and spends time with her friends.

Not every girl dreams of being a princess

Jesse Jane is a WAKO World Champion in Musical Forms and fights in Point Fighting. She has a real passion for Kickboxing. This young lady is a true social media star and during the GAISF Convention, you will have the opportunity to meet her at the WAKO booth No. 137, on 16th April.

You can watch her performances during the Sport festival and Opening ceremony in Bangkok Kickboxing performance on April 17th- 8:10pm – 8:25pm and on April 18th – 6:00 pm – 6:15pm.
Her tag line “ Not Every Girl wants to be a princess” created a tide of energy behind the growth of female Kickboxers throughout the world.