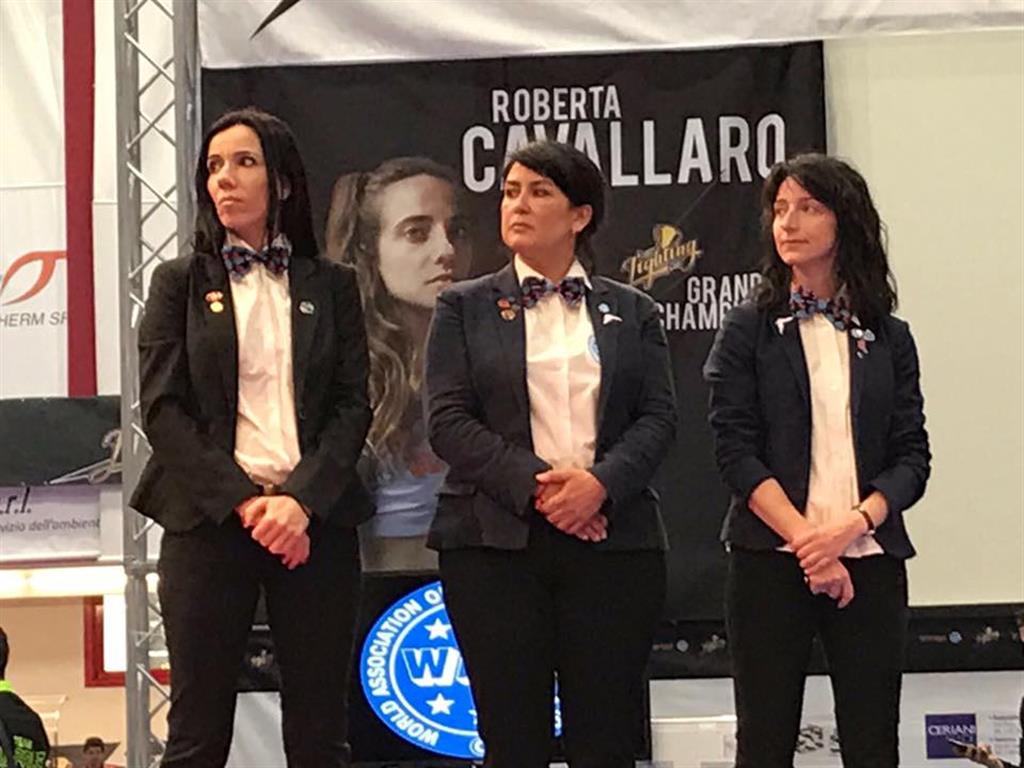 Exactly one year ago WAKO promoted the social campaign “ WAKO WOMEN AGAINST CANCER” which started in occasion of POINT FIGHTING CUP Tournament, held in Castellanza (VA), Italy, on 1st and 2nd April 2017 and went on during Yokoso Duch Open in Amsterdam, to promote PREVENTION against breast cancer and to support the clinical researches and projects of the Italian Foundation FONDAZIONE IEO – CCM .

During the events some merchandising like bracelets, t-shirts and foulards, were sold with the only purpose to donate the funds collected from the sale of the products to support the project WOMEN’S CANCER CENTER run by the Foundation IEO – CCM. A great special thanks to the Italian referee Giulio Zucchetti who created and gifted WAKO nice pins to our campaign! Two Doctors of IEO (European Oncological Institute) were present during the events, and explained the activities of Women’s Cancer Center.

Gazzetta della Sport (the most important Italian sport newspapers) on 31st March 2017 published a very important text about the campaign, for which WAKO is very proud of.

At the end of Point Fighting Cup 2017 WAKO is very pleased to announce the great success of the campaign: the fundraising campaign was great: 2.114,00 € were collected and transferred to the Foundation.

One year of hard job but great satisfactions came: we helped research in fighting cancer.
Thanks to all WAKO members support! Together we can!

The initiative has started and realized thanks to Ms. Benedetta Teruzzi, WAKO referee from Italy.