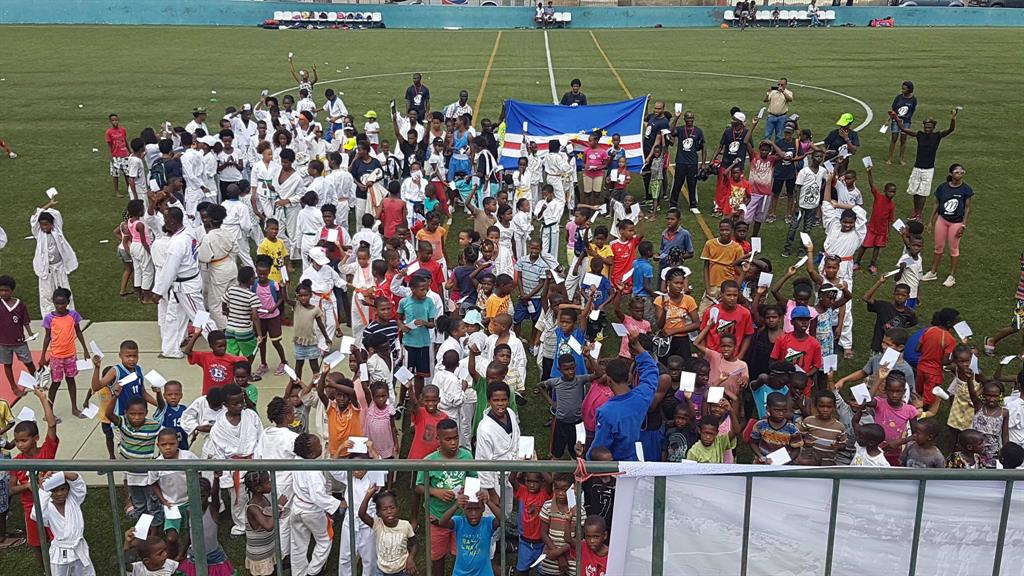 The event was a #WhiteCard Peace&Sport organization initiative organized by the “Capelinha de Tira-Chapeu Association” in Praia, Cape Verde on 8th of July.

This was a Sports4Life event, main goal was to bring up the local community in “Tira-chapeu – Praia City” to an event, where the focus was the practice of Sports (in this case Martial Arts) to prevent criminality in this neighborhood.

There were about 400 children engaged in the event where was also present the French Ambassador, the Directorate of Sports and also the Cape-Verdean Olympic and Paralympics Committee Presidents.

The main program was demonstration and practicing martial arts, among them Kickboxing, to show how children can learn to spend a spare time practicing sports, to strengthen the body and the mind and to learn how to act in society productively.

The White Card campaign has touched this distant part of the Globe confirming its universal values.