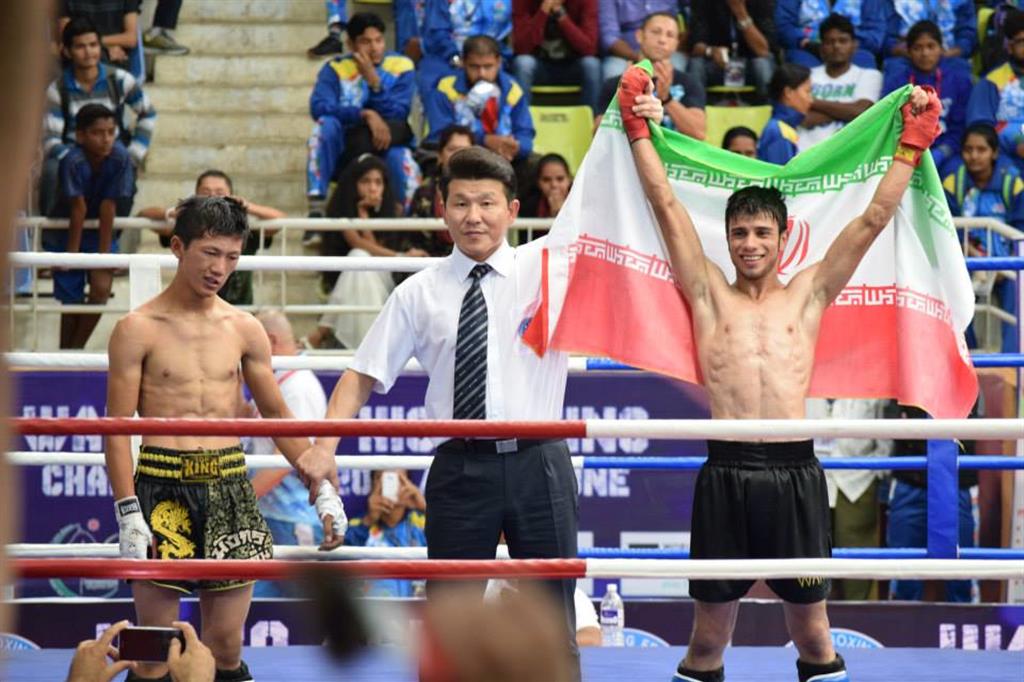 Pune, India: After the long suspense, 2015 WAKO Asian Championships were held with great success from 1 st to 9 th August 2015 in Pune in India.
Extraordinary work of both WAKO Asia and Organizing Committee of 2015 WAKO Asian Championships (Pune/India) headed by Mr. Nasser Nassiri, Vice President of WAKO (IF) and President of WAKO ASIA with collaboration of WAKO India National Kickboxing Federation N.G. leaded by Mr. C A Tamboli granted the event an enormous success.

The competition was organized during the 5 full day’s and was broadcasted each day for 4 hours direct by national TV DD Sports available in more than 38 countries around the world. On official visit towards recognitition to the event & WAKO INDIA was Mr. Ajit M. Sharan, IAS, Secretary (Sports), Ministry of Youth Affairs & Sports, Govt. of India along with various personalities who visited the competition daily to support and raise the moral of all athletes such as:

Pune has selected by WAKO Asia for WAKO Asian Kickboxing Championships 2014/2015 not because it is offering the best conditions to host such event but also because of its geographic location.

The 17 WAKO Asian member countries were registered for this prestigious event but unfortunately, only 13 could take part, as Afghanistan, Bangladesh couldn’t obtain their entry visa on time and Iraq and Uzbekistan couldn’t find an alternative to arrive on time.

The 13 WAKO Asian member countries were participated and presented to the Championships in Pune with a little more than 285 registered competitors distributed in all Ring and Tatami sport styles competition.

More than 65 referees, judges and coach and more than 70 voluntaries took part in WAKO Asian Championships 2014/2015 Pune, India. All delegation, official and referees/Judges stayed at Hotel ORCHID one of the prestigious hotel in Pune.

WAKO ASIA also organized International Referees/Judges seminars on 3 rd August 2015 for more than 5 hours with participation of all Referees/Judges and Coaches conducted jointly by Mr. Nassiri President of WAKO ASIA and Mr. Euncheon Jeong, the Chairman of Ring Referee committee of WAKO ASIA, followed by team manger meeting at the headquarters of the competition.

For the first time in WAKO Asian Championships, we hold the Musical Forms, Light Contact and Kick light styles, which were very successful.

The excellent job was done by both Nasser Nassiri, Vice President of WAKO (IF) and the leader of WAKO Asia and C. A. Tamboli, the President of WAKO India and MKBA by including in the program various national cultural program during opening ceremony, break time and award ceremony.

The competition was in very high level with participation of ranked athletes from all five Asian Zone (West, Central, South, South East and East).