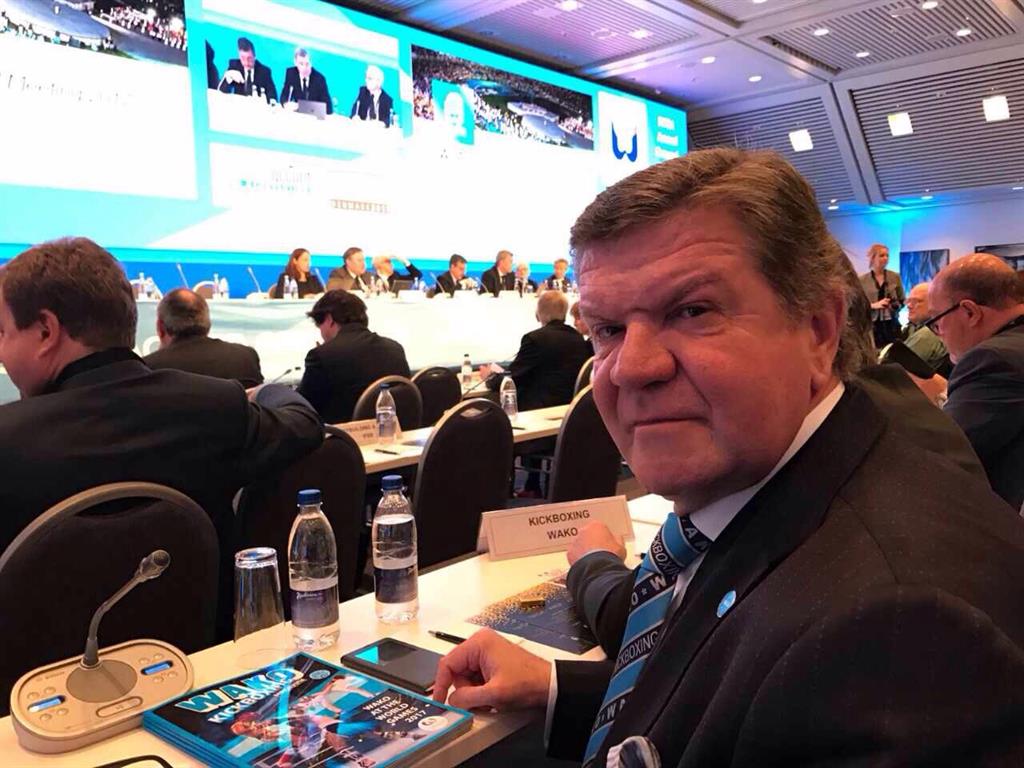 WAKO Delegates are participating in the SportAccord Convention in Aaarhaus, Denmark 2-7 April 2017: Borislav Pelevic, WAKO President, Espen Lund, WAKO Vice president and Chairman of WAKO Committee for International relations and Roy Baker, WAKO Vice President.
SportAccord Convention is the world’s premier and most exclusive annual event at the service of sport.
It is focused on driving positive change internationally and dedicated to engaging and connecting; international sports federations, rights holders, organising committees, cities, press and media, businesses and other organisations involved in the development of sport.
During the first day of program, Borislav Pelevic and Espen Lund had a meeting with International Boxing Association AIBA President Dr Ching-Kuo Wu, and with Executive Director AIBA William Louis-Marie.
What is the most important for WAKO is that Mr. Ching-Kuo Wu is also IOC Executive Board member. During the meeting it was held the video WAKO presentation.

The procedure where IOC Sport department suggests to Executive Board which International sport organizations will be recognized, and Executive board decides in the final, it can be said that WAKO already is taking the advantage from this Global event concerning the most important issue: IOC recognition.