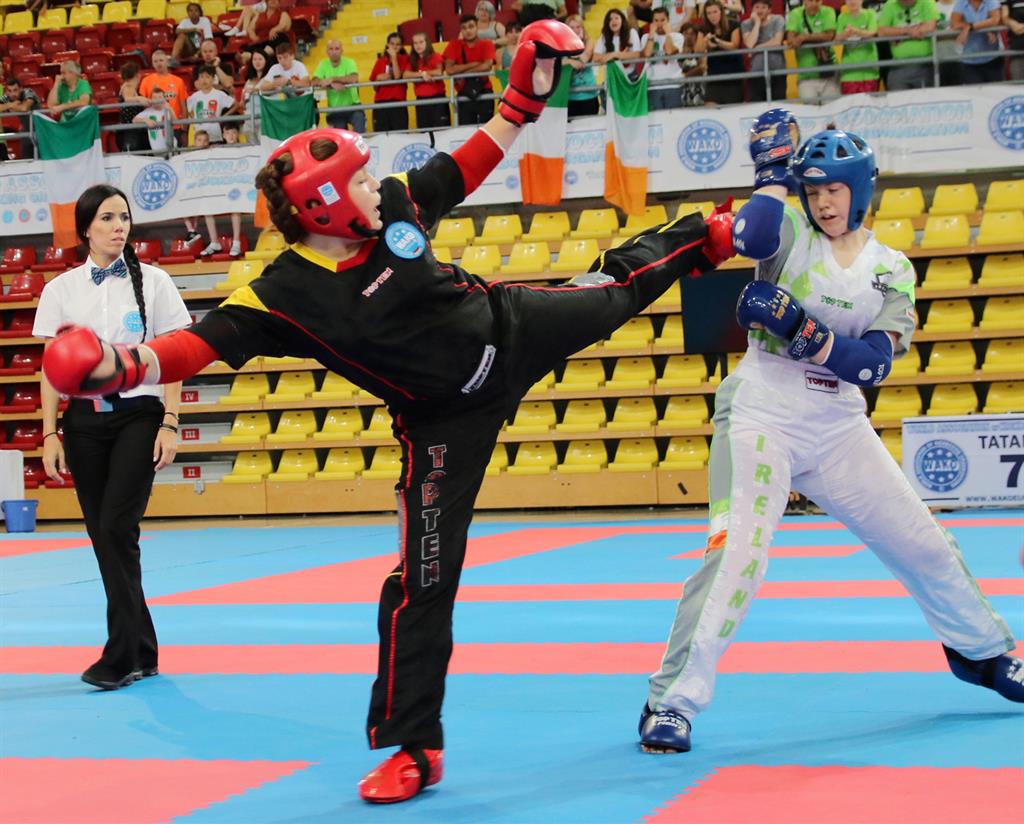 After 3 inspiring days of competition at the WAKO European Championships in the beautiful city of Skopje, we have reached the semi finals stage. A busy week first saw the WAKO board meeting and the election of acting president of WAKO Europe, Roy Baker to president with Istvan Kiraly taking up the position of 1st vice president.

Day 1 of action saw 1,563 entries from 37 nations spring to life with the 1/16 and 1/8 finals in all 7 disciplines of pointfighting, light contact, kick light, low kick, full contact, K-1 and musical forms in the age groups youngest cadets, younger cadet, older cadets and juniors.

FYROMacedonia has experience in hosting major events having held senior World and European championships in the past in 2011 and 2006 respectively, but it is the first time for President of the FYROM WAKO federation Mr Dejan Mitrovski Urko who has excelled in bringing a world class event back to the Boris Trajkovski Sport Centre, which is named after the former FYRO Macedonian president who died in a plane crash in 2004.

The results from the musical forms divisions are the first to be confirmed with Ireland and Russia taking the bulk of the gold medal positions.

Finals from the fighting discipines take place on Friday and Saturday with the highlight of the week, the team event also taking place on Saturday.

One of the biggest names here at the championships is Roland Veres of Hungary, who this year competes in full contact, after having won gold medals in Loutraki and Maribor last year in 4 categories, point fighting, light contact, kick light and team event.

As the competition draws to a close over the coming days, we wish all our competitors the very best of luck as they battle to claim the prize they have prepared for so intensively over the last year.