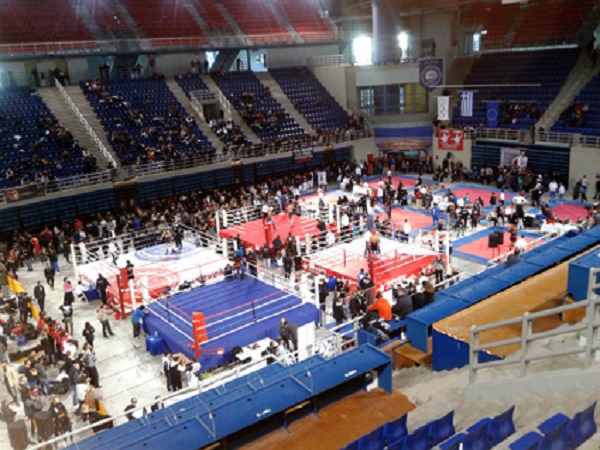 WAKO European Board of Directors, on the meeting in Maribor, decided that next European Championship 2016. (full contact, light contact, point fighting and musical forms) will be in Athens, Greece.

President of Panhellenic kickboxing federation Mr. Mike Triantafillou invited Mr. Borislav Pelevic, WAKO Europe President to visit Athens and check sport hall and hotels which will host European Championship.
At the same time, he asked Mr. Pelevic to be guest on Panhellenic Championship in kickboxing. Mr. Borislav Pelevic inspected the sport hall, which is the sport hall of famous basketball club Olimpijakos. The hall is huge, and has 12 000 seats. All hotels reserved for accommodation are very near the sport hall and only five km from the Center of Athens, one of the oldest towns in the world, rich with historical and cultural heritage.
The sport hall and hotels are quite new, build for Olympic games 2004.

Mr. Pelevic was very satisfied with all what he saw. On the national Greece championship- Panhellenic Kickboxing championship, there were 1600 participants from 252 clubs.

Fights were very good and Greece, with Mr. Mike Triantafillou as the President, made big steps forward in passed few years, in quality of work in all points.