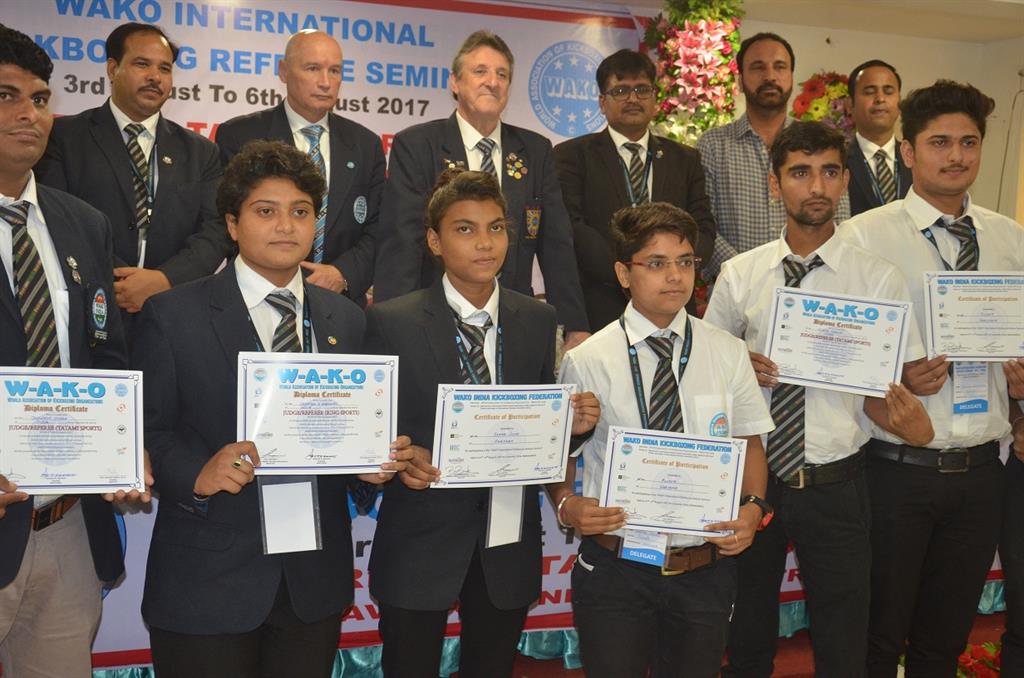 An overwhelming response to ‘wako international kickboxing referee seminar 2017’ 165 referees & 20 officials from all over the country (27 states) participated. An excellent gathering of 185 for four days starting from 3rd – 6th august, 2017.

Day one – 3rd august, 2017 : started with registration of referee delegates and distribution of official uniforms.

President wako india mr. Santosh k. Agrawal did welcome both the chairman, referee committee and the audience. Also conveyed sincere thanks on behalf of wako india for their presence.

Day four – 6th august, 2017 : in the first half, written examinations of referees conducted both for ring and tatami under the strict supervision of chairmen referee committee.

The second half was graced with the august presence of mr. Davinder singh dhull, director (sports), maharshi dayanand university, rohtak, haryana, india as chief guest for the closing ceremony. An inspiring and wonderful speech was given by the chief guest.

Ended the four days seminar with a positive note followed by entertainment programmes for everyone.