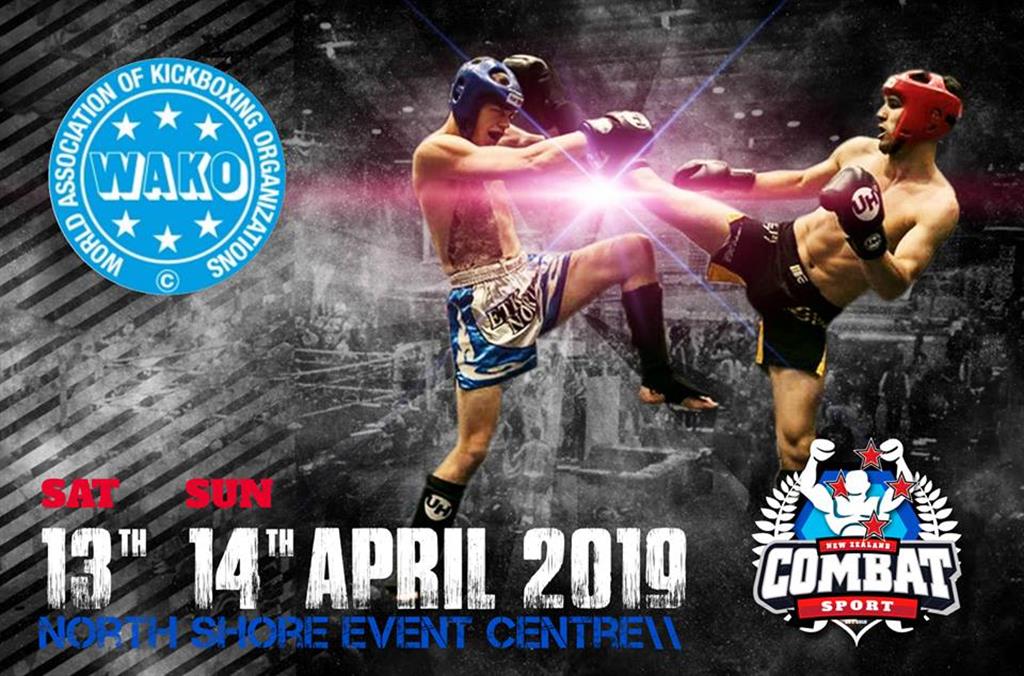 The 3rd WAKO Oceania Continental Championships were held over the weekend of 13-14 April 2019. For the first time in its three year history the event was held in New Zealand at the New Zealand Combat Sports Expo held at the Northshore Events Centre, Auckland, New Zealand.

This was a tremendous opportunity to display WAKO to the wider martial arts community and public; this is particularly significant from improving WAKO brand recognition given the relative obscurity of WAKO in this part of the world.

WAKO was represented by disciplines in the Ring and on Tatami;

There was a terrific amount of excitement around both the two tatami areas and one ring area with fights consecutively fought continuously over the 2 days. New Zealand WAKO purchased SportData technology for the first time for use in the Tatami divisions and this was used successfully with android devices for judge scoring, a number of observers commented on the increased level of professionalism in the WAKO events as opposed to that which is normally seen in NZ / Australian events.

The level of competition this year showed a marked increase over previous years; the evolution of WAKO in Oceania is now showing the early signs of maturity with several clubs showing strongly in results.

For the first time this year an extraordinary performance in the K1 ring by two twin brothers; Mutjaba and Ali Murtaza. The brothers are Afghani refugees who have been training in kickboxing for several years since moving to New Zealand and both were exceptional athletes demonstrating power, speed, aggression and also exceptional sportsmanship – both brothers placed 2nd in their respective -60kg and -63.5kg K1 divisions.

Referee’s worked particularly hard this year given a lack of qualified persons to undertake these roles. Ring and Tatami was covered by WAKO Referee’s Normie Daghel (Australia), Saniya Thompson (New Zealand) and a very special addition of Diana Latorre.

It should be noted that there were a number of issues encountered with the provision of WAKO requirements for the Championships., expecially one regarding licenced equipment which limited the ability of National Federations and WAKO Oceania Continental to implement the WAKO rules and standards.

Nevertheless, the 2019 WAKO Oceania Championships were a huge success despite challenges faced. A view of Continuous Improvement suggests for future events the following: