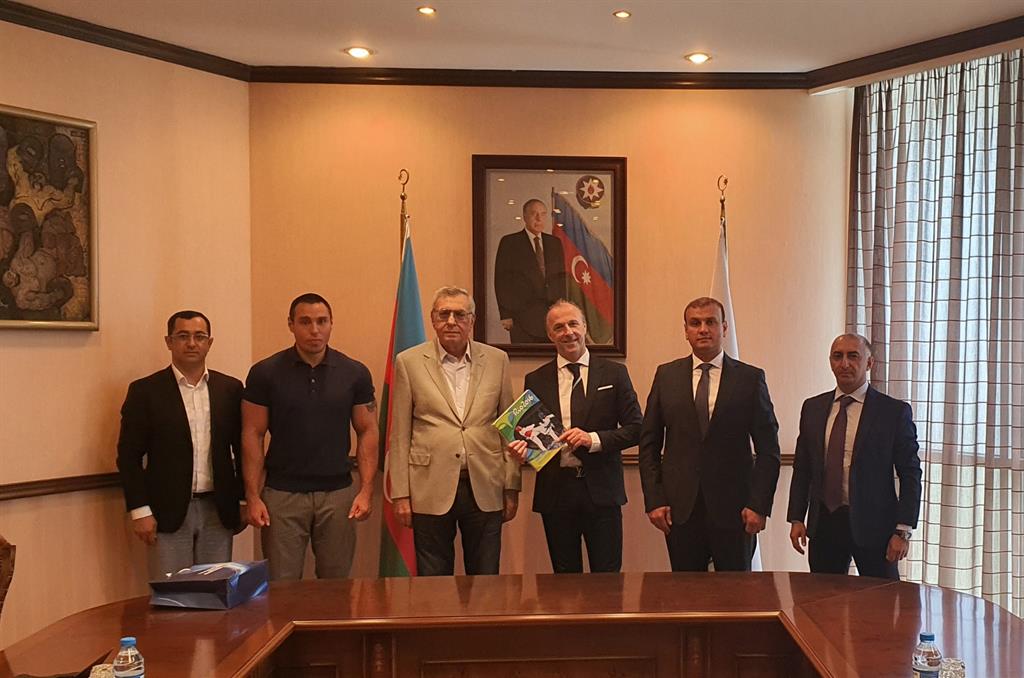 Issues of mutual interest were discussed at the meeting. Expressing gratitude for the cordial meeting, Mr. Baker said that the success of Azerbaijani athletes in kickboxing and other sports is an example for other countries.

WAKO President spoke about the spread of the sport of kickboxing in Azerbaijan and the work done to train influential athletes, emphasizing the invaluable work of the former head of the federation, Deputy Chairman of the Milli Majlis (Parliament) Mr. Adil Aliyev.

In addition, he praised the activities of the federation under the leadership of the new president of the Azerbaijan Kickboxing Federation (AKF) Mr. Orkhan Aliyev during the pandemic.

WAKO President praised the fantastic work done by AKF over the past three months to host the WAKO World Championships for Seniors and Masters and the European Junior Championships.

He said that only two countries were mentioned in the finals of this year’s European Junior Championship bid among 130 member countries of WAKO. The fact that one of them is Azerbaijan is an extremely high figure.

At the end of the meeting, Mr. Chingiz Huseynzade presented a special gift to Mr. Roy Baker and took photos.