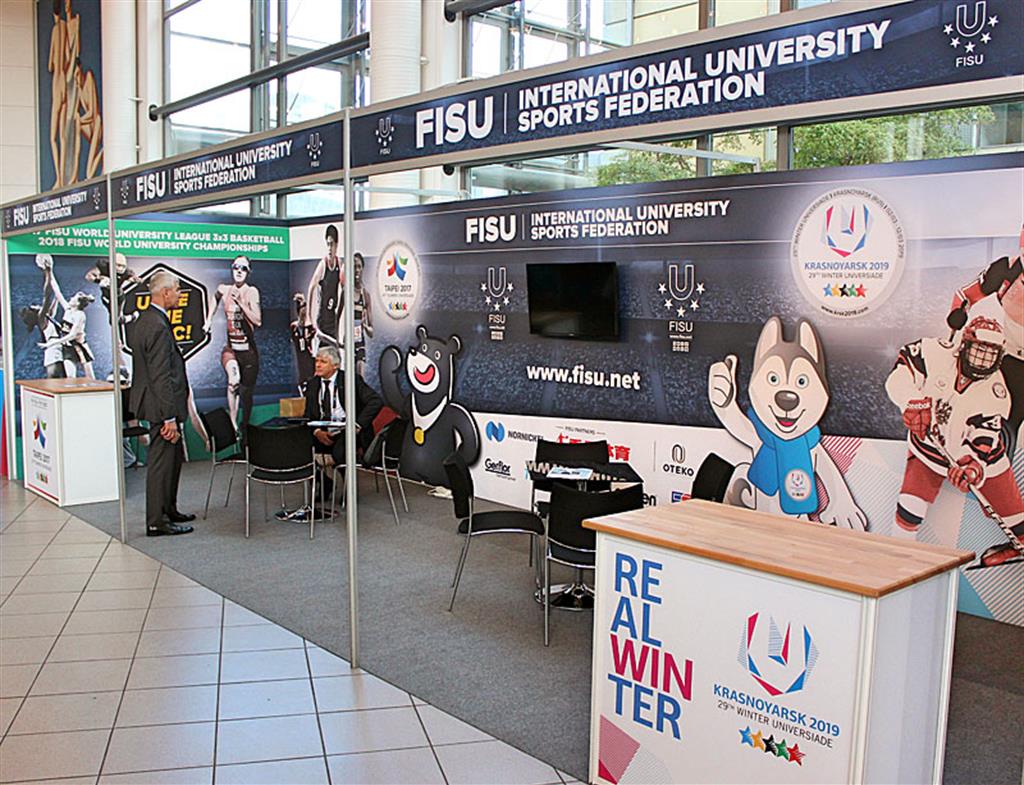 WAKO membership in FISU (International University Sport Federation) will be approved during the next FISU General Assembly which will be held in August 2017 in Chinese Tai Pei.
WAKO representatives has been invited on the event.
This was the outcome of the process that started in 2016, when WAKO applied to be a member of this extremely important organization, gathering all the best in senior league in the world of sport.
FISU’s main responsibility is the supervision of both the Summer and Winter Universiades, as well as the World University Championships.
The General Assembly representing its members (170 National University Sports Federations) is FISU’s main governing body.
The Universiade is an international sporting and cultural festival which is staged every two years in a different city. The Summer Universiade consists of 10 compulsory sports with 13 compulsory disciplines (Athletics – Basketball – Fencing – Football – Artistic Gymnastics – Rhythmic Gymnastics – Judo – Swimming – Diving – Water-Polo – Table Tennis – Tennis – Volleyball) and up to three optional sports chosen by the host country. The Winter Universiade consists of 6 compulsory sports with 10 compulsory disciplines (Alpine Skiing – Snowboarding – Ski Jumping – Cross-Country skiing – Nordic combined – Curling – Ice Hockey – Short Track Speed Skating – Figure Skating – Biathlon) and one or two optional sports, also chosen by the host country.
FISU’s other important sporting events are the World University Championships (WUC). The development of university sport in the world created a new series of meets and competitions to complete the Universiade programme. FISU supports those competitions which represent the continuity of university sport and allow the federation to be better known. In 2014, FISU staged 28 WUCs, which attracted 6448 participants. In 2016 we will have 33 events! The WUC sports programme comprises: American Football – Archery – Badminton – Baseball – Basketball 3×3 – Beach Volleyball – Boxing – Bridge – Canoe Sprint – Canoe slalom – Cheerleading – Chess – Cross Country – Cycling – Equestrian – Floorball – Futsal – Golf – Handball – Karate – Korfball – Modern Pentathlon – Netball – Orienteering – Roller Sport – Rowing – Rugby Sevens – Sailing – Sambo – Shooting Sports – Ski Jumping and Nordic Combined – Ski Orienteering – Speed Skating – Sport Climbing – Squash – Triathlon – Waterskiing – Weightlifting – Woodball – Wrestling – Wushu.
The Universiades and Championships are open to all student athletes that have not been out of university or an equivalent institution for more than a year, and that are aged between 17 and 25.
Any association which is a member of FISU may enter a team or an individual competitor.
Entries are accepted from any country eligible for the Olympic Games and from any national federation affiliated to the appropriate international federation.
The International Day of University Sport (IDUS) will be celebrated annually on 20 September .