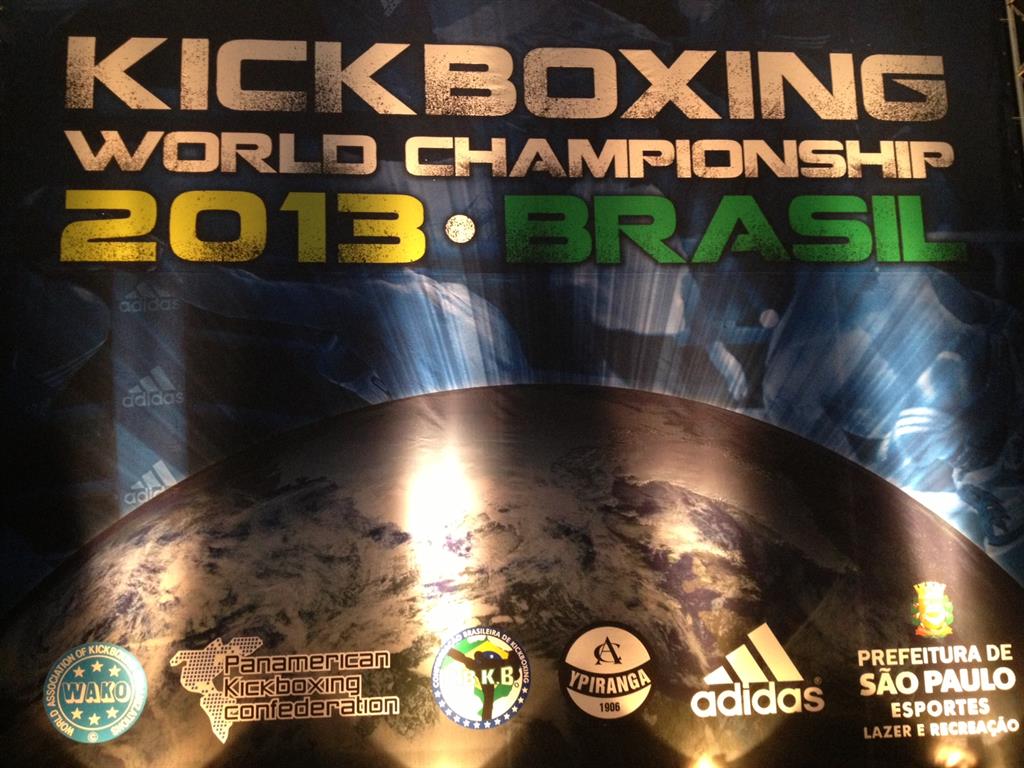 In previous articles I emphasized the diversity of the Championships in Brasil. Beside the level which is the best ever in a Championship, surprising everybody, the impressive fact is that all nations have really determined and high quality fighters, giving also the traditionally best nations battle in all fights. I have not seen“walk in” for any nations like Russia, Belarus, Serbia, Poland and Turkey. That’s why I again need to bring to attention the importance of DIVERSITY.

I have honoured the Chinese, having 3 athletes in the final. The 2 first finals were lost against Belarus and Czech republic on Friday. Their last final though against Turkey was really the most entertaining fight of the evening. Vedat Uruc won against Guang Yang, but what a battle. Congratulations to bothTurkey and China for their determination!

The final gala in Sao Paulo was broadcasted live on Brazilian TV. Bendis Sport (cable) had 4 million viewers. But most importantly, Esporte Interativo (open channel) had 11 million viewers. That means 15 millions viewers. That is incredible. Thank you Paulo for creating these numbers. Your network in Brazil is amazing.

What about New Zealand?

OK, they didn’t have anyone in the final nor any medals, but their presence is important as their fighting spirit and courtesy behaviour are. I do really think that the power we see in New Zealand can be the tool to build up Oceania. Mr. Peter Thompson, Oceania President, has a great team. Thank you for being here and I look forward future medal ceremonies with your great fighters on the podium.

They where there and they really have great fighters. Lets hope that the good work they do will pay out in the next World Championships.

They put together strong teams. They experienced the worldwide level and as they say “this was an inspiration, now we know where to go and what to sacrifice”. So it is up to them to create the “winning team”.

I hope that Brazil can be the motivator for other Latin American countries. We saw good fighters in several countries and I know that next time we’ll see even higher level. South American Championships should inspire to build up the experience since we’ll have Pan American Championships next year. As Paulo Zorello so expressively says: “We need to work, work and work”. I like what I heard since it is all about “will and desire, seek for inspiration, learn from the best, involve and improve”. I know they will.

These were just some examples I needed to write about. It is all about motivation and it is all about always focusing on future and diversity. This way we’ll make ourselves better.

Best Fighters of the Championships

May I congratulate those two fighters that were awarded as Best Fighters during the tournament.

Sandra Drabik from Poland in -52 kg Low-Kick. She won the final against Seda Eroglu fromTurkey.
A very good and determined fight. But so were all the other fights she had.

Vladimir Vulev from Bulgaria in -71 kg in K1-Rules. In the final he won a thrilling fight against Makc Spadarenka from Belarus. A close fight to the absolute end and with the winning point the last two seconds.

But most importantly, they are fantastic ambassadors for our sport and show the best practice – they are true champions.

The best referee in Brazil

For the first time we awarded the Best referee/judge in a Championship. The chief referees and the referee committee studied carefully all referees and judges and I have the pleasure to announce that Michaela Kovacova from Slovakia was given the honour. She has really showed quality, both as judge and ring referee. She performs precise, correct and with authority. This creates needed respect in this profession. Congratulations Michaela!

We hope this can be a motivation for all referees and judges because this kind of awarding shall be kept as tradition – You are important in WAKO.

As I said after Poland Championships the environment and community in WAKO is something that makes me humble. We can all be proud. Every year we see how important sport is to build down barriers related to ethnical differences, religion and gender. Sport creates peace, also in Martial Arts and especially in WAKO. Sport creates understanding and respect and it creates understanding. That’s why I am so unbelivable proud to be the Acting President. This gives me energy. WAKO is a big family.

We had really a fantastic Championship in Low-Kick and K1-Rules with 47 participating countries from 5 continents and with 413 athletes. Thank you all!

Please look at medals table below.