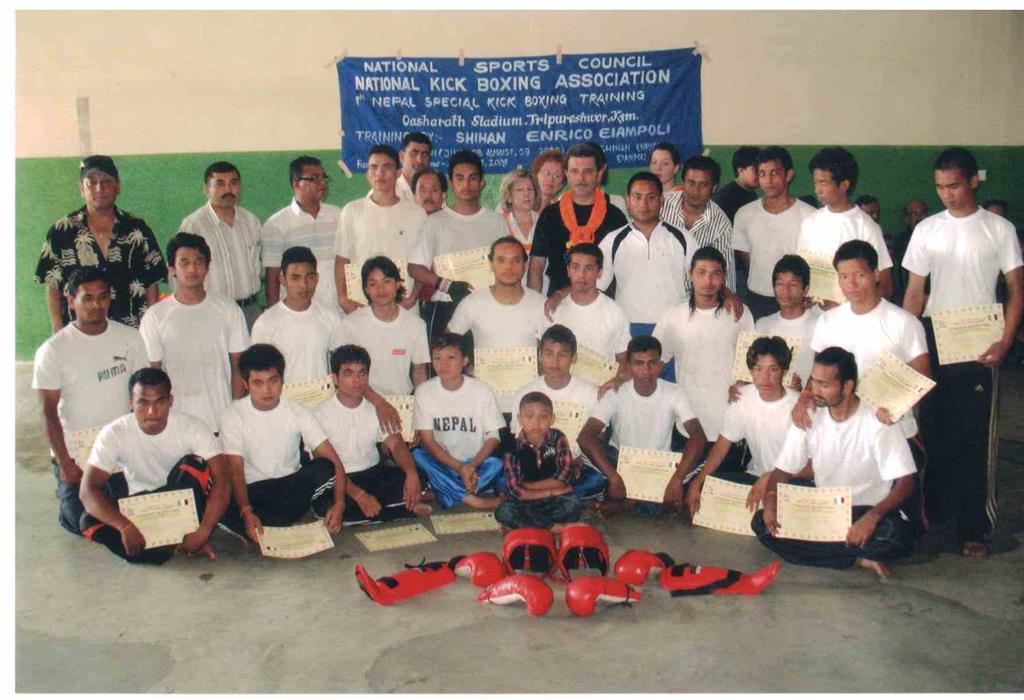 Ten years ago I had a karate friend named Enrico Ciampoli , former Goju Karate Master, as a kickboxing member of my Italian Martial Arts Federation -as my organization was called in those days-. I don’t know for what reasons, but all of a sudden he found himself teaching kickboxing in Katmandu (Nepal). The following year, while I was playing golf in my country club, 4 men in their national dresses appeared at the reception of the golf club asking for…Mr. Ennio Falsoni. With my great surprise, since nobody ever informed me about their coming, I welcomed the representatives of the first Nepal Kickboxing Association who came from so far away to meet me and pay me personally the affiliation dues to WAKO(500 US dollars). Of course, Enrico Ciampoli was with them,but I can’t describe you the faces of my golf friends who were watching me! But things were not easy in Nepal during the last ten years and to make a long story short, my friend Ciampoli disappeared again together with our new friends. After almost ten years of silence, yesterday Enrico Ciampoli called me saying of having sent me a letter and some pictures. He was telling me that a new Nepal Kickboxing Association had been officially established in Katmandu and that he was going there regularly to train them. It’s then with my greatest pleasure that we welcome back our friends from Nepal who are now representing WAKO. Nepal is the last country of quite a few like Malaysia, Hong Kong, Korea, Philippines, Vietnam, Thailand, which just joined WAKO confirming our steady growth also in Asia.