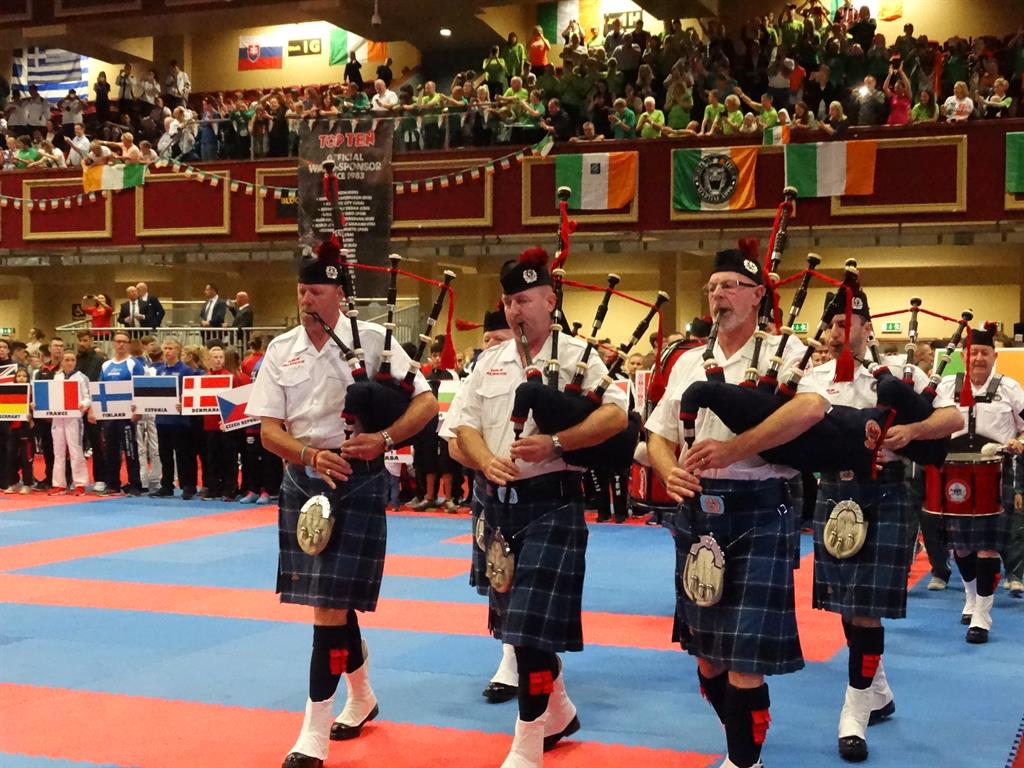 There were eight days enjoying kickboxing in Dublin, at City West Conventional center.
World championships for the youngest categories in WAKO were the real celebration of life.
Sporthall and hotel were full of young smiling faces, full of laugh, it was an explosion of the emotions in the arena where fights were the reasons of many joy and many tears. These days WAKO can be proud of its young army of athletes standing one by one under the slogan: one WAKO, one Champion.
This year it was 47 countries from the all five continents registered, with 1366 athletes and 1692 entries. The numerous number of athletes we had from Russian federation: 142 Ireland, the host country, 114 athletes we had from Italy, 139 and above hundred considering also supporters, Poland 123, the United Kingdom 83, Hungary 82, Turkey 67, Croatia 53, Greece 52, etc.
This a fantastic fact that one national team can count almost above 200 participants (athletes, coaches, officials etc) like we had this year in Dublin.
“The priority of this Championships is the youth, and that is of the most importance of the WAKO. WAKO has put a very big focus on the children, the foundation of the children more than any other sports that I know. We have a unique position in the world as far as I am concerned. Above 75 percent of our competitor’s ar all less the age of 18 years and our youth profile is exceptionally high,” said the promoter of this WAKO event, Mr. Roy Baker, WAKO Vice President.
“Most of the sports have a problem with youth. In relation to contributing to charity, we have contributed 15000 euros to the IOSPCC. That is the Charity organization in Ireland that I am very passionate about and I think the sport of kickboxing, because of the size of popularity, should be supporting institution on preventing the torture of the children. How do we manage to give the charity? We are not greedy, we learn to share and help.That’s what we do: we nurture, we produce for and we develop children.”
“As for the Championships, the challenge is when you have 2500 people at one event to transportation and give the logistics. The City West hotel is fully booked out with 1900 people and we have about 600 people in another hotel. It is a big job to get people from there to the sports hall in a safe manner and to make sure that accommodation and the food are up to standards. When you have 47 countries with almost 1700 entries, then the normal occasions doesn’t work,” said Mr. Baker.
On August 27th and 28th, 2016, at City West Hotel Conference & Event Centre, in Dublin, Ireland, the elections for WAKO Athlete, Coach and Women Committees took place. Apart the first three positions appointed directly by the WAKO IF Board of Directors for a 4 year term all other members of the below Committees were conducted in compliance with the provisions of articles 1.05.5 and 1.05.21 of WAKO By-laws and elected by their peers ensuring appropriate representation of the respective functions.

Kickboxing organization from Ireland, the organizer of this championships, did their best to profile this sport in their country and also to fulfill all standards of the perfect organization.On the Opening ceremony, we had Major of Dublin and Minister of the sport of Ireland and great media exposure.

Fights started 30th August and lasted until 3rd September.
The best ten nations are:
1. Russian Federation
2. Ireland
3. Italy
4. United Kingdom
5.Hungary
6.Poland
7.Turkey
8. Croatia
9. Ukraine
10. United States
In Point fighting teams division Great Britain won a gold medal in fantastic competition with Hungarian team.
In Musical forms, fantastic performance did Alicea Romani (WAKO USA) and Gomez Santillan Carlos Francisco (WAKO Mexico). MC Parland Jesse Jane won two gold medals in the different divisions of Musical forms.
An interesting fact is that in Light contact Juniors, Male, -69 kg division there was the biggest number of participating athletes: in total 25, what makes this division with most concurrence.
During the Championships, the guest of the organizer was Mr. Jeno Kamuti, the President of International Fair Play Organization, who had a presentation of Essence of fair play in sport.
On the special ceremony, Mr. Kamuti awarded WAKO laureate for Fair play 2016 Mr. Romeo Deša and also Mr. Espen Lund, WAKO Vice President for his hard work promoting fair play in our sport. WAKO and CIFP want jointly to intensify the focus on Fair Play and preventive actions affecting the culture in a sport, to cherish either good initiative in Fair Play Spirit of extraordinary behavior putting the Fair Play aspect as a priority.
The World championships were covered during all five days with a live stream on the special Youtube channel WAKO kickboxing and summary of the live stream report is like this: WAKO had total views 162,268 spectators.
The live streams were watched in 150 countries, the top ten were:
Russia, Italy, Poland, Hungary, Ireland, UK, Bulgaria, Germany, Slovenia, Greece.