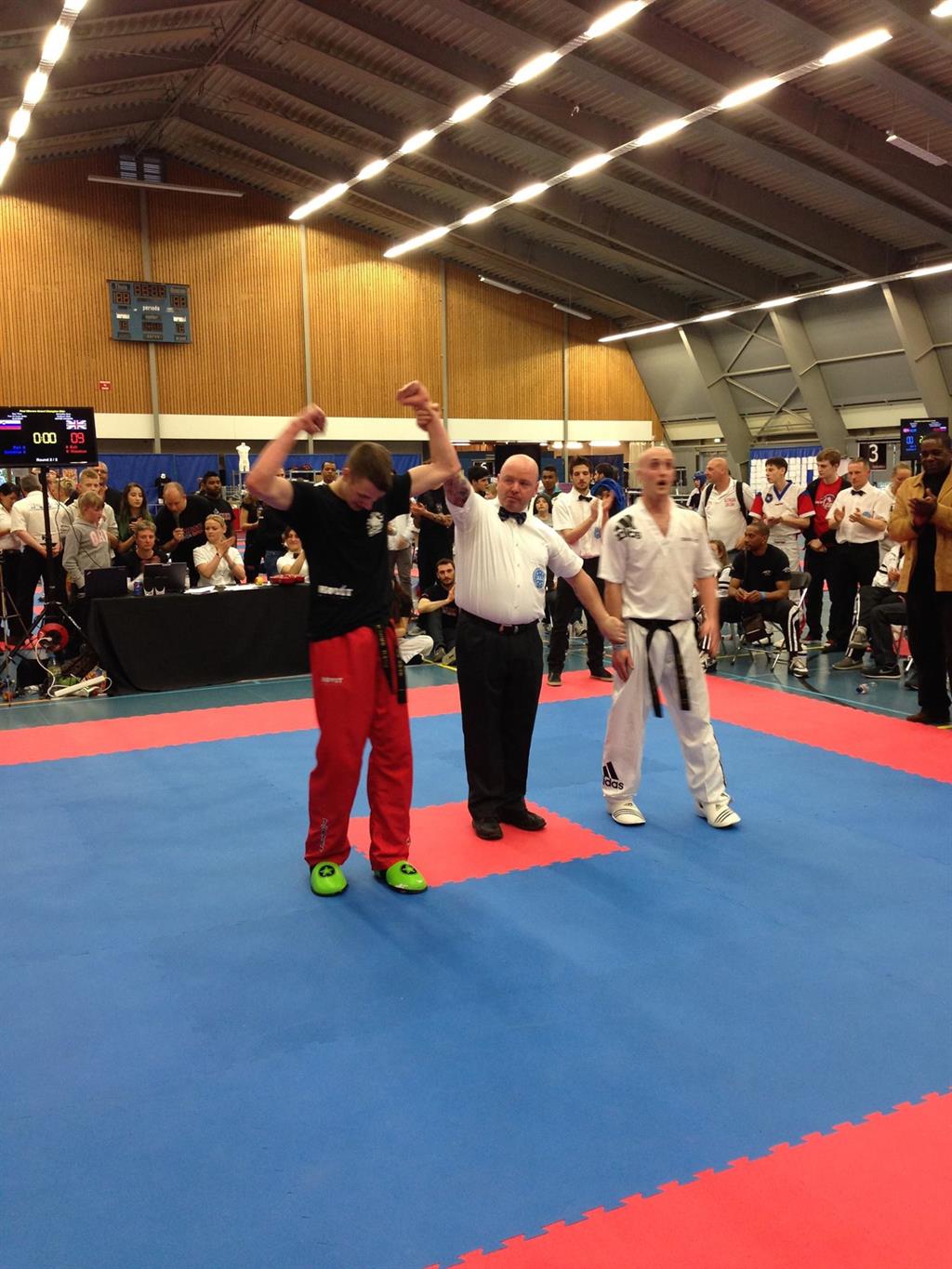 On the 10th of May the Yokoso Dutch Open 2014 took place in the Emergohal, Amstelveen. Over 720 entries from 18 countries took part in what is known as the friendly tournament. With some of the best organisation seen at any tournament using state of the art technology courtesy of Sport Data, entrants knew to the minute, the expected time for their fight to start. Scores and results went out online in real time so family and friends could stay up to date with how the competition from the comfort of their own home. Hopefully this system will be adapted in more tournaments soon.

The tournament covered four aspects of kickboxing, point fighting, light continuous, traditional forms and musical forms and some of the best competitors from Europe were there to try to get on the podium. Ten tatamis were in use, two more than last year which, in conjunction with the computer system and the all of the WAKO referrees present saw the event finish before 20:00.

The day started off with light continuous, where the judges made use of electronic tablets to keep score and had names on the podium like Elijah Everill, Petar Zhivkov, Dale Bannister and Paulina Jarzmik, all well known names from WAKO World and European tournaments. The point fighting divisions made up the larger portion of entrants and again there was no shortage of well known fighters. In the juniors Joyce Poppe of Belgium and Elijah Everill from the UK took gold in two divisions each while in the seniors, Shannon Ryan, Evelyn Neyens, Tilen Zajc and Anatoli Kuschnir all managed to win double gold.

The highlight of the day, the adult grand champions divisions were last to take place and saw Evelyn Neyens, Gemma Upfold, Maria Semenova and Monica Engeset make it to the semi finals of the ladies division. After two tough bouts, Semenova of Russia, and Engeset of Norway made it into the final where the Russians height and reach advantage proved too much for Monica, and Maria was crowned grand champion. Tilen Zajc, already having won two divisions, along with Timmy Sarantoudis, Sean McCarthy and Carvin Burke were all in the semi finals of the mens division. Sean McCarthy, last years grand champion went into the final to face Zajc but was unable to defend his title successfully as the Slovenian was on top form all day and determined to take the title and the prize money.

This was the last year that the Yokoso Dutch Open will be a one day event as next year on the 11th and 12th of April, there will be new divisions added to the event to include the ring sports, K-1 and full contact.

View the highlights from the competition at https://www.youtube.com/watch?v=LzXN6_K1uDo and for a full list of results go to www.yokosodutchopen.com