11/04 Final day at Sportaccord Convention: Congress of Sportaccord and meeting with Dr.Thomas Bach 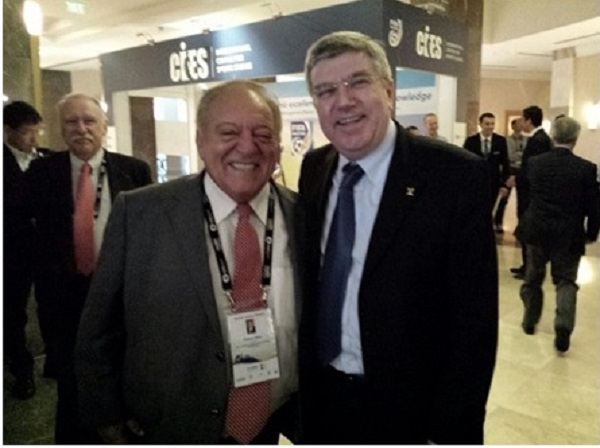 SportAccord Convention finished with the Congress of SportAccord, counting 108 members.
Dr. Thomas Bach, President of the International Olympic Committee and several other sport leaders, among them dr. Tamas Ajan, President of the International Weightlifting Federation and member of the Hungarian Olympic Committee, took part to the Convention.
The leaders of WAKO in the picture above with Dr. Thomas Bach.