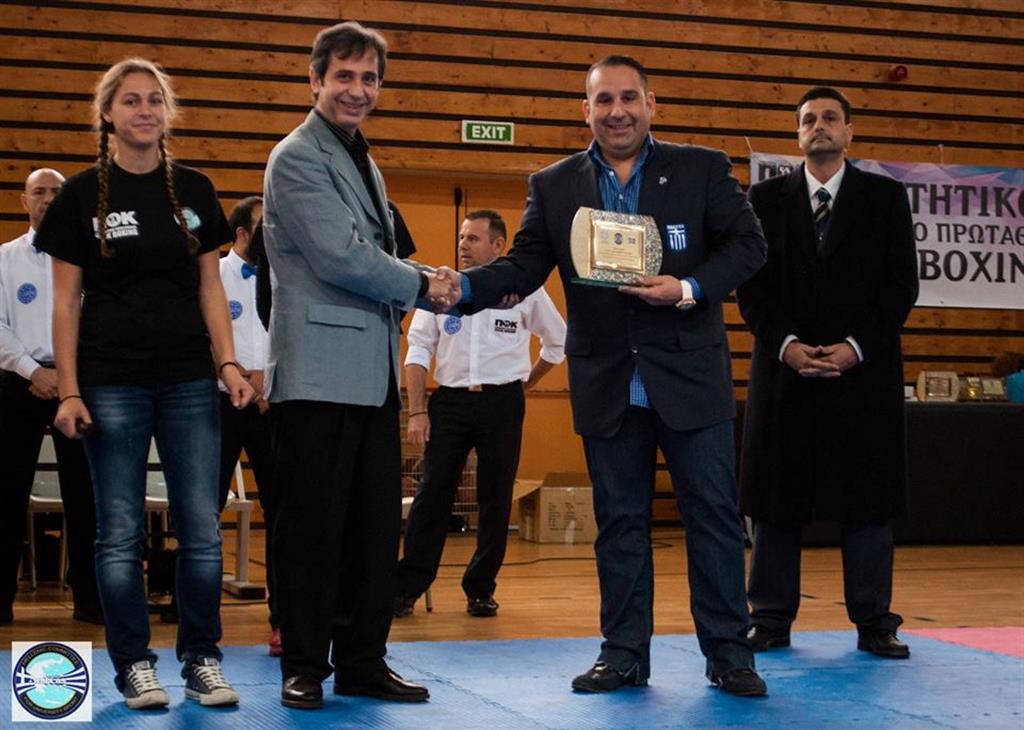 On 12th of November 2014 the first Greek National University Championship of Kickboxing was held in the indoor stadium of the University of Athens, Greece. The Championship was organized by Pan-Hellenic Kickboxing Federation according to WAKO rules, in cooperation with the Sports Commission of Higher Education and the Ministry of Education and Sports.

It was a very important step for the sport of Kickboxing in Greece as it is the first non-Olympic sport which enters into the academic matches. There were all the styles of the sport (Low Kick, Full Contact, K-1 Rules, Light Contact, Kick Light, and Point Fighting). The number of participants exceeded 120 athletes from all the Universities in Greece, which is a very big number for a first Championship of this kind. Moreover, thanks to this collaboration, any student in the universities who is interested in Kickboxing will be able to practice it, through Pan-Hellenic Kickboxing Federation.

Moreover at each University Championship for other sports, during the opening ceremony, there will be demonstration fights, one fight in each style (Low Kick, Full Contact, K-1 Rules, Light Contact, Kick Light, and Point Fighting).

WAKO Acting President, Espen Lund, commented:
“This kind of activity and initiative is very important considering WAKOs aim to apply for FISU membership and participation. We hope such initiative can inspire other national federations to establish coordination with national universities and/or exploit existing cooperation. Not to say, that these activities build up WAKOs brand and reputation.
Thank you to the Greek Federation, its President Mike Triantafillou and his team.”