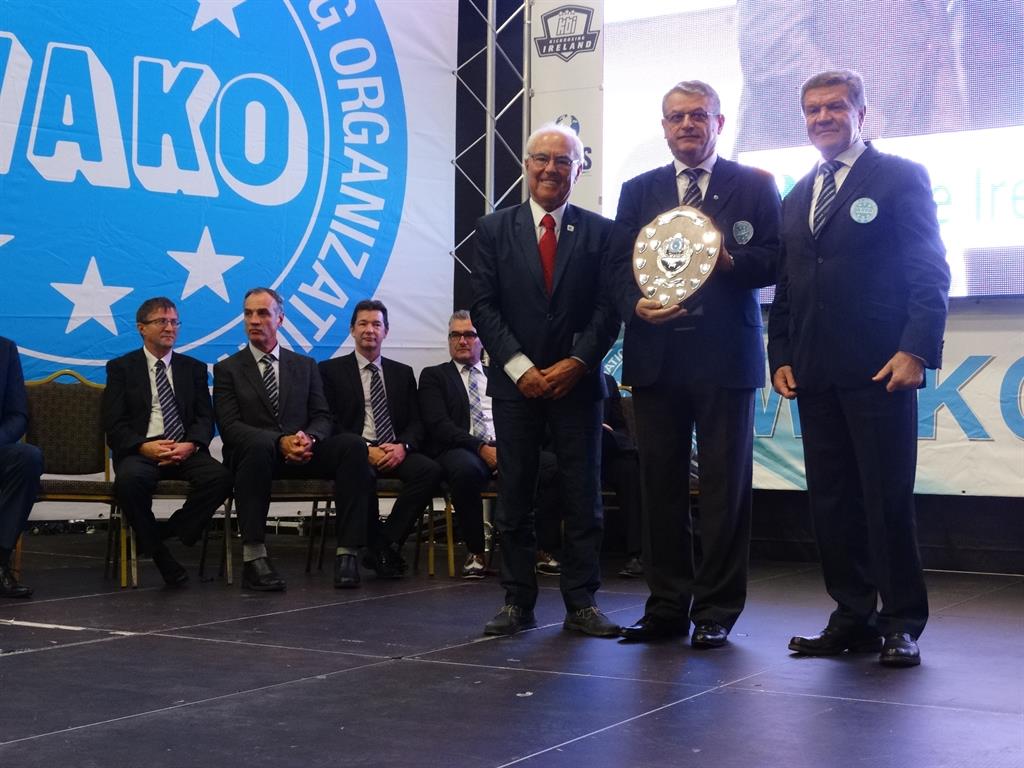 This new invention is established in cooperation with International Fair Play Association, CIFP, and with the President Mr. Jenö Kamuti, who was present at the ceremony.

WAKO and CIFP want jointly to intensify the focus on Fair Play and preventive actions affecting the culture in a sport, to cherish either good initiatives in Fair Play Spirit of extraordinary behavior putting the Fair Play aspect as a priority.

“Mr. Desa have a long history in WAKO working in many aspect of the organization and have a service attitude and preciseness that is highly appreciated by the organization. He operates with high integrity and is an important asset in WAKO, say WAKO IF President, Mr. Borislav Pelevic, the person that actually nominated him. For me it is important to highlight the fact that Sport have no borders, we are all friends and my respect for this person is high.”

At the same ceremony Mr. Jenö Kamuti was handing over a special trophy from CIFP to WAKO IF Vice-President, Mr. Espen Lund, for his work to promote Fair Play and for his endeavors to make WAKO as an organization to focusing on Fair Play and its methods to act preventive in the true spirit of sportsmanship.

“This work is so important and I can already now see the inspiration this brings to the organization”, say Mr. Kamuti. “I am impressed what I have seen here and the massive numbers of cadets and youth that are enjoying sport and fair play.”