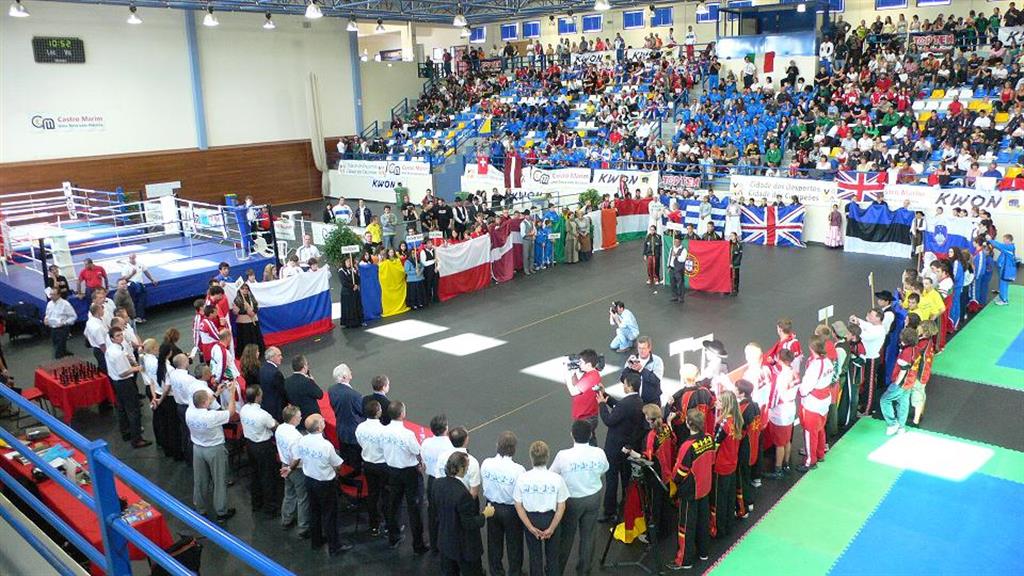 Promoted by the Portuguese Kickboxing Federation leaded by Mrs. Ana Vital Melo (one of only two women leading a kickboxing federation in the world , the other one is Mrs. Janeth Augustsson from Sweden), Castro Marim, an old and historical little town in Algarve-Portugal, just hosted the 1st ever edition of our European Cadet and Junior Championships.

It was a great success both from a numerical and a technical point of view.

We gathered 751 competitors, from 10 to 18 years of age in all WAKO kickboxing styles, in representation of 21 countries, who gave us amazing performances of skill and technical abilities, a real good show everybody enjoied very much.

We have to thank the staff of the Portuguese Federation who worked very hard to make our event a success. Everybody was really very kind and everybody felt at home there.

The event was a lucky one also because weenjoied fantastic weather conditions. All our members really loved to train or to run on long and sandy beaches there , under a blue sky and a real warm sun which lasted the whole week.

In the end, Russia was first in the special nation medals, followed by Croatia (surprisingly, because Croatia has only 4 millions people), Hungary and Italy in the order.

All official results will appear soon in this web site.