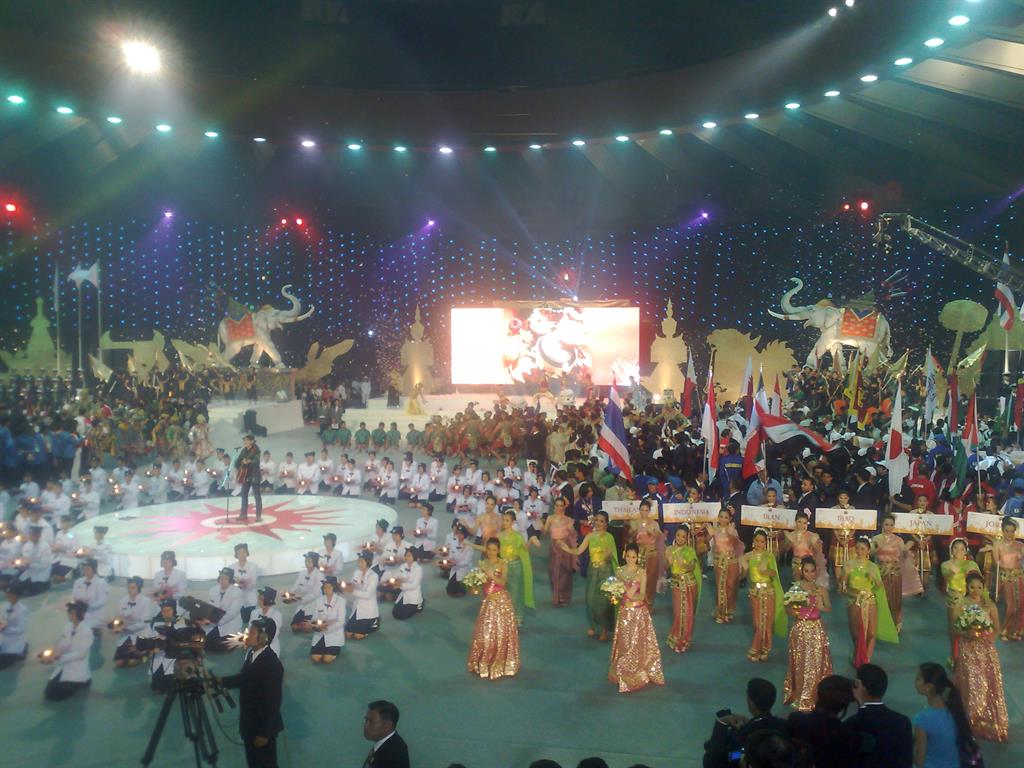 After two consecutive delays due to political turmoils in Thailand, the first edition of the Asian Martial Arts Games by OCA is finally on in Bangkok. Many the Asian Kickboxing countries present in this historical edition, among them Jordan, Kuwait, Kazakhstan, India, Philippines, Turkmenistan, Bangladesh, Iraq, Syria, Mongolia, and for the first ever in the WAKO family, Thailand, Afganistan and Vietnam (which is preparing to host the next 3rd Asian Indoor Games which will be held in early November).

Mr. Nasser Nassiri, a WAKO vice-president and WAKO ASIA coordinator is there to run the tournament which will end on August 8.

In the picture, the fabulous opening ceremony of the Asian Martial Arts Games in Bangkok.