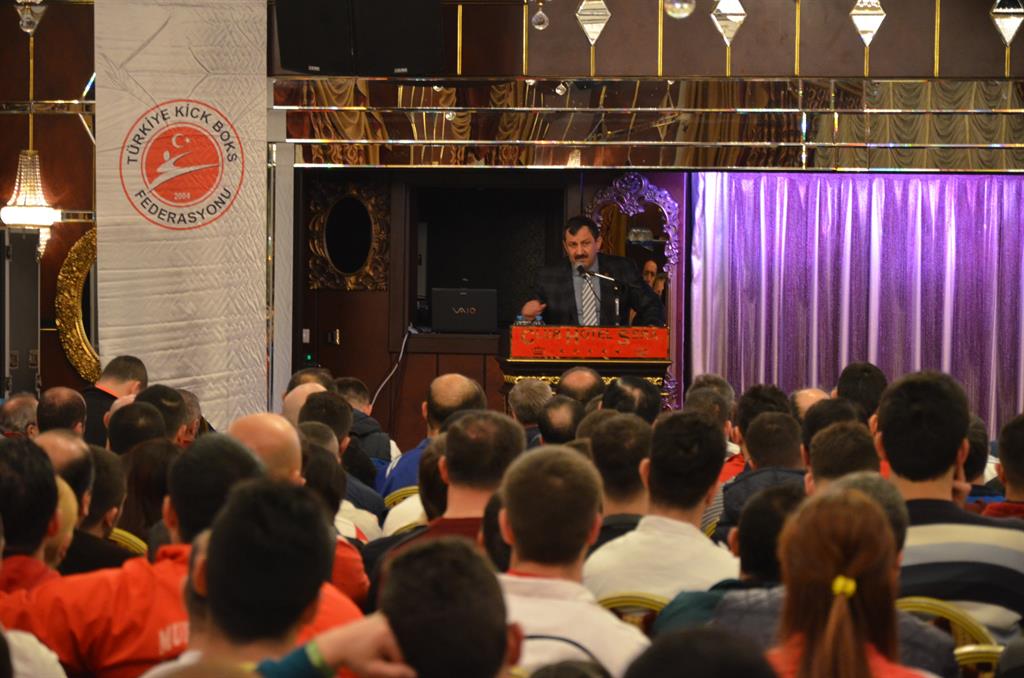 The seminar hosted more than 1000 coaches and referees from all over the country and started with a programme on athlete health, nutrition and dopings and later on was carried out about rules of tatami and ring sports, scorings and musical forms with demonstrations.

After welcoming more than 1000 people attending the seminar Mr.Salim Kayici, President of the Turkish Kickboxing Federation, member of WAKO IF Executive Board and Vice President of WAKO Europe, stated in his inaugural speech; “We have added this seminar to our programme in order to improve our works to carry on the ever-rising Kickboxing to its rightly deserved place. Our goal in holding this seminar is to let doctors, nutritionists, sport psychologists and the coaches and referees of WAKO to pass on their experiences to our national coaches and referees ,in order to excel in their areas and increase our athletes international successes and the number of medals.”