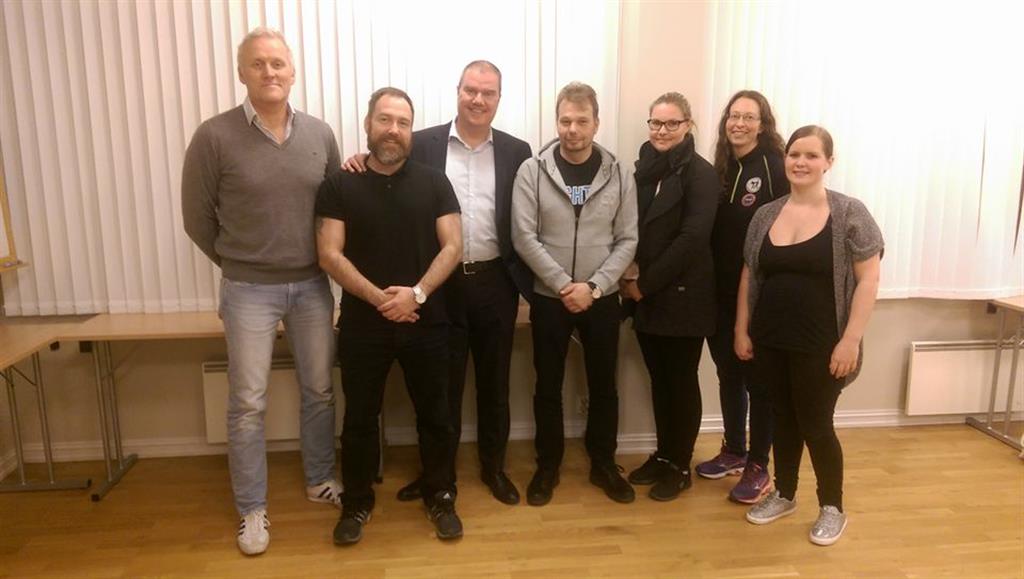 On 6 November a new Board was elected in the Norwegian Kickboxing Federation ( in the picture on the left ).

The President is Mr. Bjørnar Sæther ( on left below ) and from 5 December Mr. Espen Lund, WAKO (IF) Vice-President ( on right below ), will function as General Secretary.

Mr. Lund was originally elected as Board Member, but since Lund due to structural changes became General Secretary, he had to step out of the Board.
Mr. Kim Kristoffersen, one of our WAKO international referees is also elected as VP in the Norwegian board. Here below the new elected board: