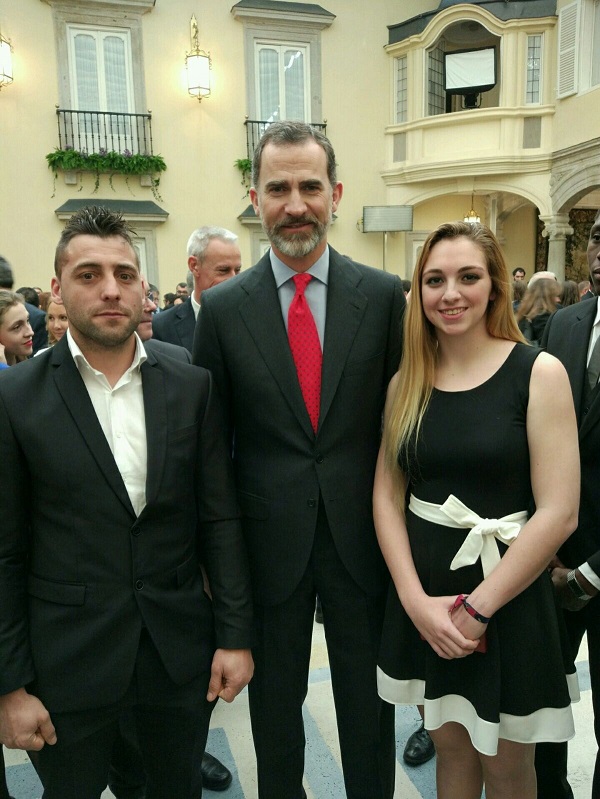 On 22nd November 2017 the athletes belonging to the FEK (WAKO member in Spain), Ana Muñoz y Carlos Carrasco were received in the Royal Palace of the Pardo by the Spanish Royal Family ( in the picture on the left with King father Juan Carlos I ), being congratulated by their majesties for their medals obtained in the World Junior and European WAKO Championships.
This reception was held together with the most important athletes in Spain as the Olympic gold medalist Ruth Beitia and the soccer player of Barcelona Andres Iniesta, who were also honored for their successes during last year.

This confirms the great work done by FEK and the recognition of WAKO by the highest Spanish institutions, without doubt an honor and a success for Kickboxing.

In the picture below on the left together with King Felipe VI, on the right picture with soccer player Andres Iniesta