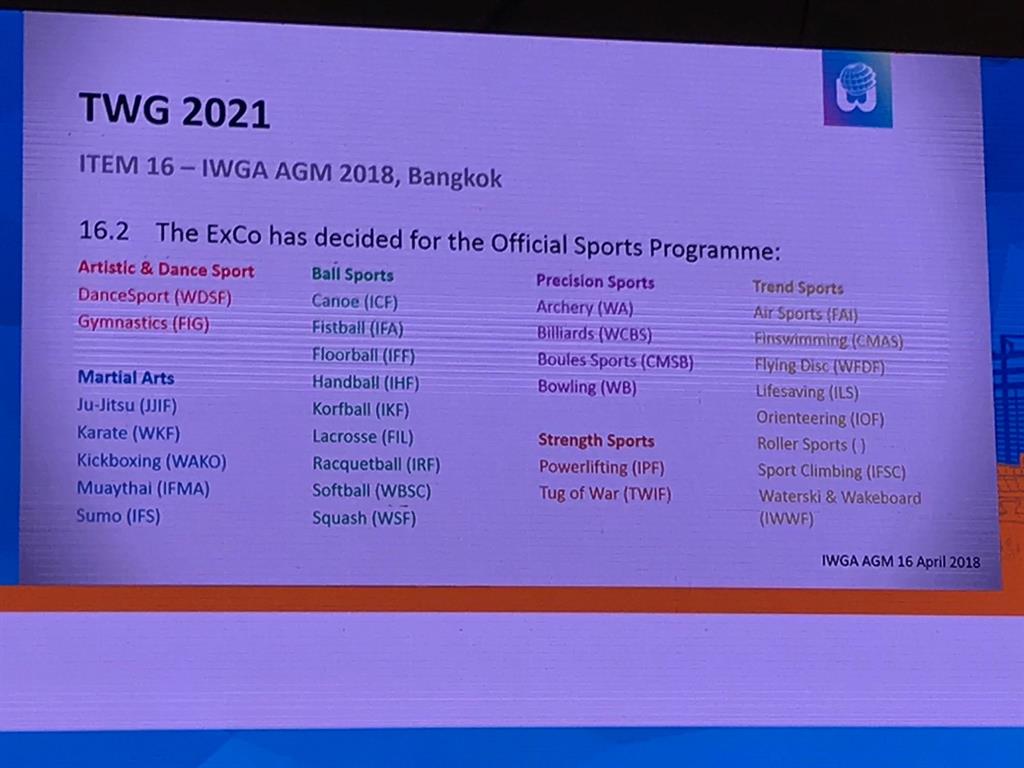 Kickboxing was a provisional invitational sport in 2017 World Games, It is now accepted on the full program sport at The World Games as a full official sport going forward.

“It is with great pleasure for me as the WAKO IF President to announce that Kickboxing has been accepted as full sport within the World Games Program, 2021, which will be organized in Birmingham, USA.
This was officially announced today on 16-04-2018 at the IWGA General Assembly in Bangkok Thailand, which was proposed by the Board decision and ratified by a majority vote.

We will finalize all the appropriate logistics when we conclude our discussions and negotiations with the IWGA administration” , said Borislav Pelevic, after IWGA General Assembly was finished.

The additional news is that the President, Jose Perurena Lopez was re-elected for the 4 coming years.

Congratulations to all WAKO members all around the World!

Look at the Official Sports Programme for The World Games 2021