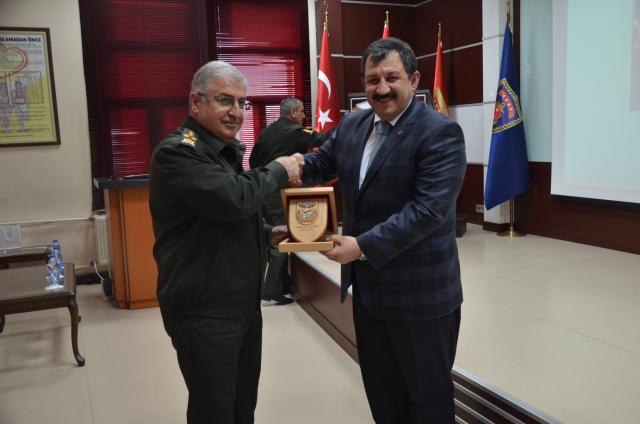 According to the newly regulated standing orders of Turkish Armed Forces which is the 2nd biggest force of NATO, kickboxing has officially become the primary martial art that is to be taught to high-ranking military cadets from every military unit all over the country.
All credits of this great accomplishment of kickboxing goes to Mr. Salim Kayıcı , executive board member of WAKO IF, Vice President of WAKO Europe and president of Turkish Kickboxing Federation .

Mr Kayici and the Deputy Chief of the Turkish General Staff, General of four-star rank Yaşar Güler signed a cooperaiton agreement to help and progress kickboxing’s place in Turkish Armed Forces’ military cadet training programme. According to this programme, military cadets who had kickboxing training during their education in the military will also be able to be trainers after a course under the Turkish Federation’s patronage. General Güler stated that Turkish Armed Forces wants to work more with the only regulating body of kickboxing, Turkish Kickboxing Federation, which is a proud member of WAKO. General Güler also pointed to the desire of Turkish Armed Forces to see kickboxing in Military World Games .