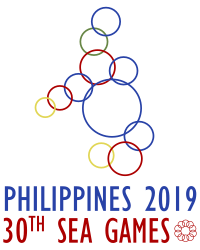 Kickboxing sport has been included in SEAGAMES 2019 Philippines
Asian Kickboxing Confederation (WAKO ASIA) is pleased to announce, the inclusion of Kickboxing sport in prestigious SEA Games 2019 Philippines.
The 2019 SEA Games , officially known as the 30th Southeast Asian Games and commonly is a regional multi-sport event that will take place in the Philippines in November and December 2019.
The eligibility of participation is reserved to the teams representing the Southeast Asian countries National Olympic Games.
There were only 30 sports included in the initial list for next year’s SEA Games in the Philippines, but, following SEA Games organization recent meeting in Manila, a record 56 sports have been confirmed for the biennial 2019 Games.

Nasser Nassiri, President of Asian Kickboxing Confederation (WAKO ASIA) and Vice President of WAKO declared: We worked very hard preparing our application and this is the part of fruits of hard works, which Asian Power had undertook during last few years as part of its plan of international development road. The success of organization of our Asian Championships at the Olympic sports level, during the same event with two Olympic Sport (Weightlifting and swimming) is part of huge works, which we undertook for Inclusion of Kickboxing in SEA Games.
Mr. Nassiri added: Whatever the number of sport is, no one has done anything like this before, and SEA Games 2019 Philippines will be the biggest-ever SEA Games, in terms of the number of sport and Kickboxing will be one of the most particular sport among the combat sports. It is huge for our Southeast Asian members. Being in the SEA Games makes a huge difference for the Kickboxing sport, in terms of funding, publicity in national and international level.
We congratulate all of our members for this important achievement and encourage all to continue their works with Intelligence, Initiative/Energy and Integrity; the three unavoidable principal of Asian Power lead by Nasser NASSIRI President of Asian Kickboxing Confederation (WAKO ASIA) in international development road.