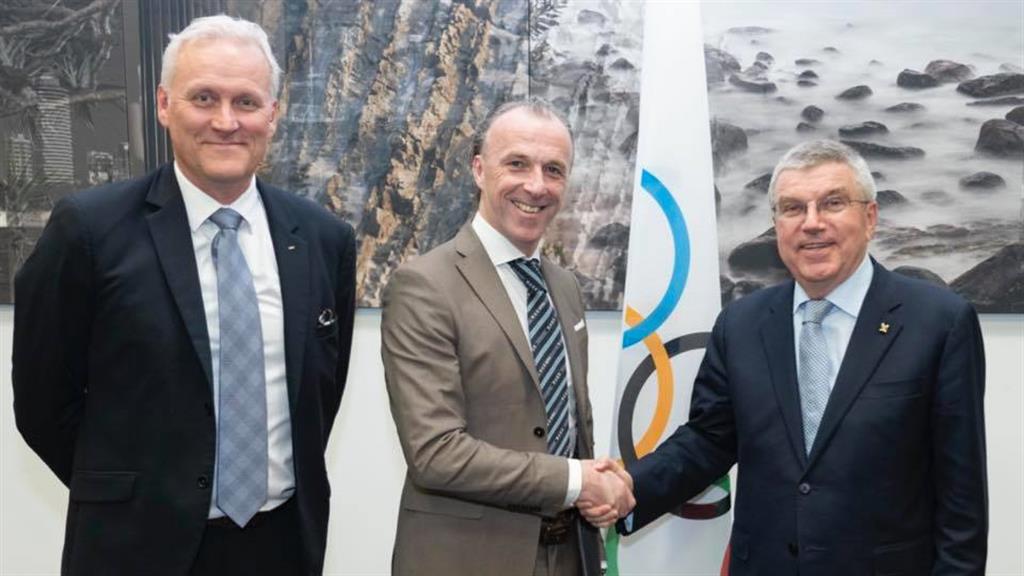 Today WAKO representatives had the first official meeting with IOC President Thomas Bach at the SportAccord Convention in the Gold Coast, Australia.
WAKO President Roy Baker and Vice President Espen Lund met Mr Bach for a pre arranged formal meeting. The first in the history of our sport, during which Mr Bach congratulated WAKO and Kickboxing into the Olympic family. Our President and Mr Lund also presented him with a small token gift in appreciation of his support for our inclusion in the Olympic family. Mr Bach said that the sport had come a long way in the process and had developed significantly and deserved the recognition of the IOC.
He looked forward to the continued development of the sport of Kickboxing.
#IOC . #onewako #onechampion