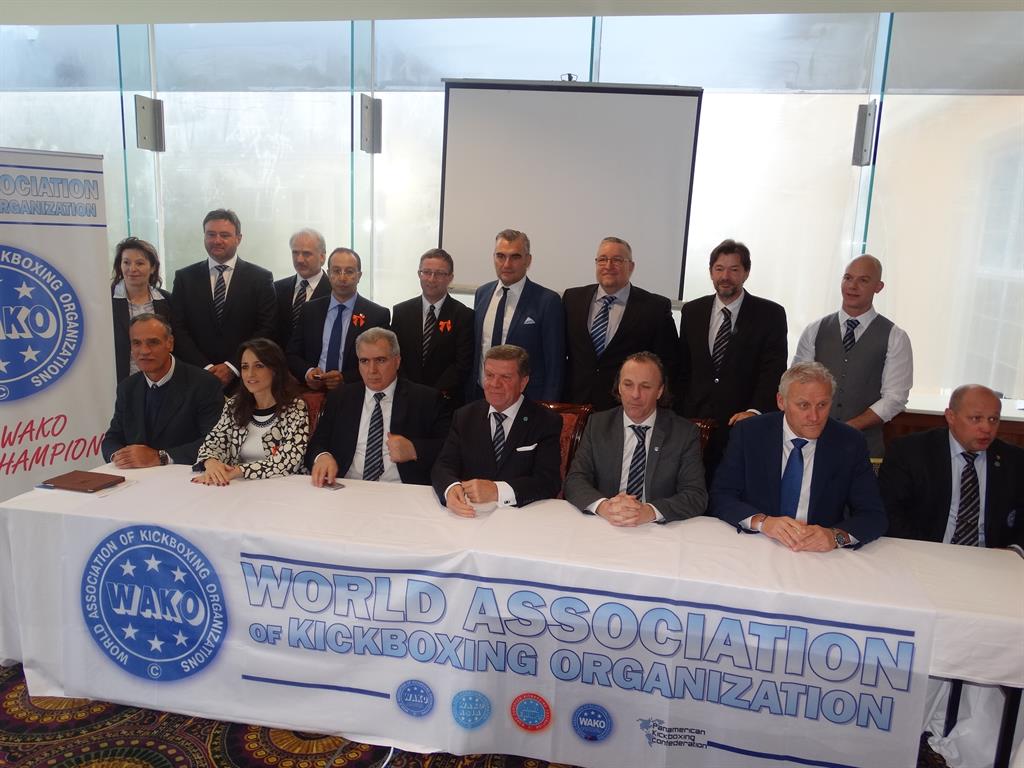 The new WAKO IF Board (in the picture) has been elected by slate voting and approved by unanimous decision:

WAKO IF Board Members (by alphabetic order):

Please look at the photo gallery .