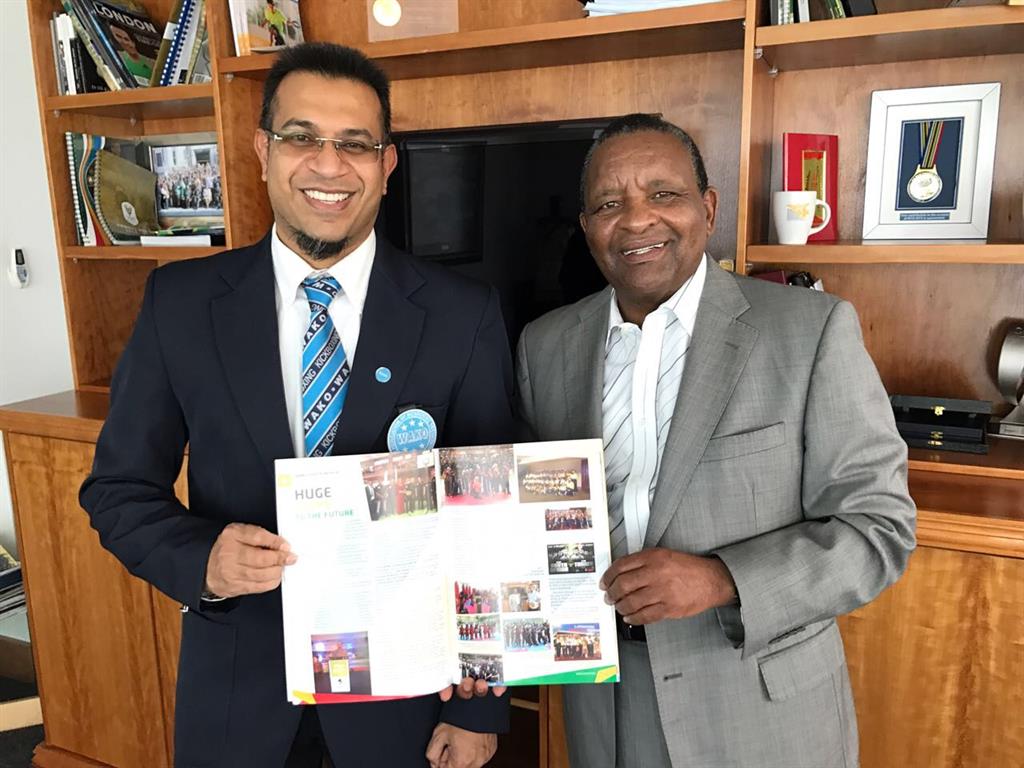 During this week Mr. Aslam Mahomed (South Africa) had a meeting with Mr Gideon Sam, President of the South African Sports Confederation and Olympic Committee (SASCOC).
On the occasion the WAKO 40 years magazine was officially presented and delivered to Mr. Sam, featured in the WAKO magazine.
They discussed about the WAKO World Championships & also the future of WAKO African Kickboxing getting back into the African Games, that will be soon a reality.

Mr. Aslam had the Honor of meeting Mr Sam Ramsamy the IOC member at SASCOC house.
“Our discussion was great. He is a great role model and mentor for me. He has given me a few words of wisdom which inspires me to take Sport to the next level in Africa.”

Mr Aslam Mahomed had the opportunity also to meet Honorable Deputy Mayor Mrs Fawzia Peer, he personally handed to her the WAKO 40 years magazine, where she also featured in with him.
The Deputy Mayor has shown keen interest in developing efforts in Kickboxing & encourages WAKO South Africa & Africa to continue in upliftment of underprivileged communities through this sport.

“As Development Officer of WAKO South Africa we appreciate the Government support in our Kickboxing endeavors. It does not only help in development of Sport but exposes our Youth to International standards and gives them the opportunity to meet and integrate with people of different countries and cultures during the WAKO International tournaments. I had the privilege of bringing the Deputy Mayor up to speed with my experience and interactions with key role players in International Sport at the WAKO World Championships in Hungary. Many of the International representatives of WAKO International Federation have welcomed Africa and South Africa in particular as participants in this prestigious event. We are Honored and encouraged to have the support from our Government, especially we would like like to thank Honorable Deputy Mayor Fawzia Peer for affording us her valuable time and advices” said Mr. Aslam.