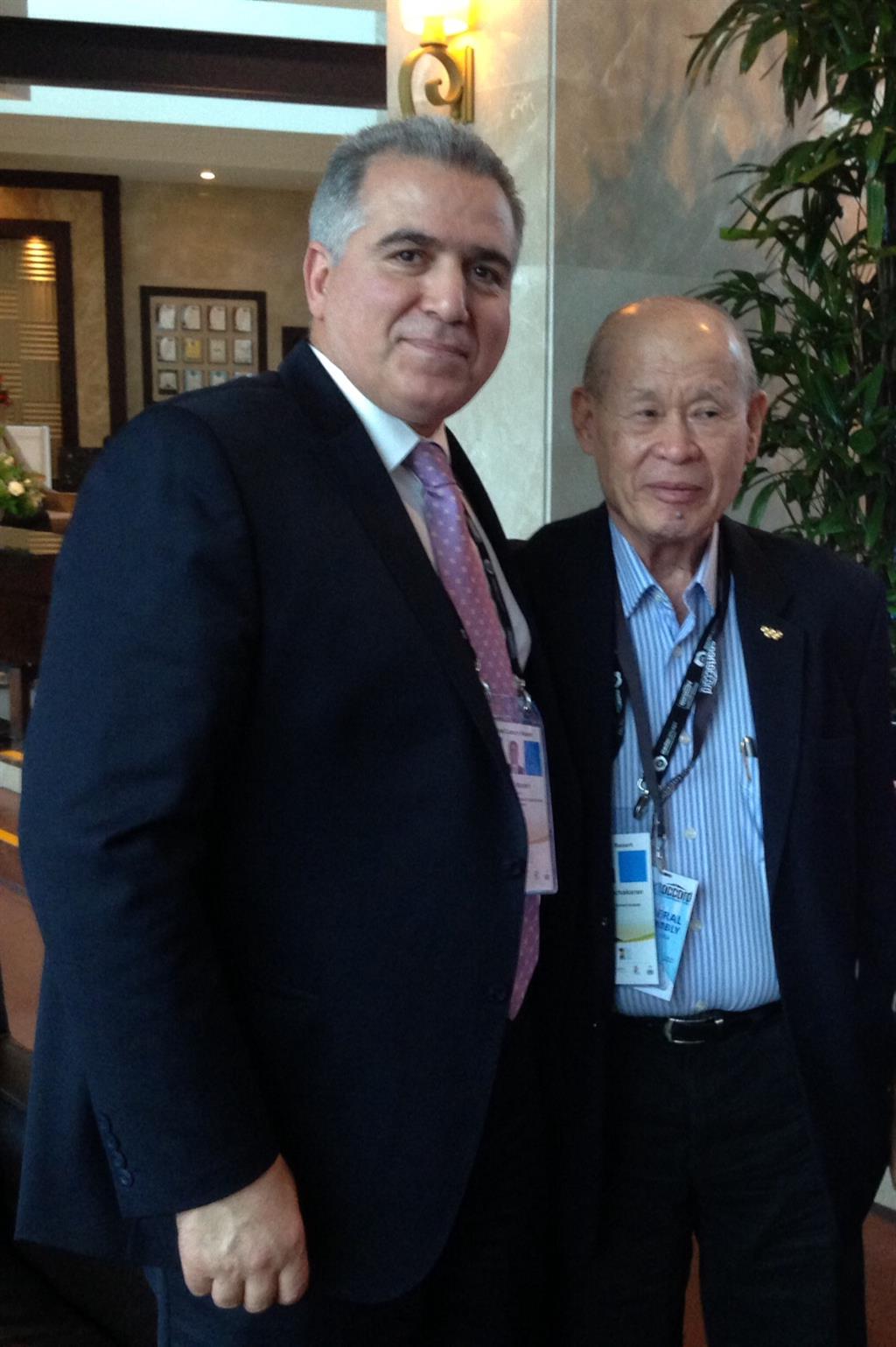 Nasser Nassiri, WAKO Vice President and President of WAKO ASIA, had a warm and positive meeting with Maj Gen Charouck ARIRACHAKARAN, General Secretary of Thailand Olympic Committee, during the Sportaccord Convention in Antalya.

The two leaders have known each other very well and had a successful collaboration during past years in particular between 2008, during the foundation of Kickboxing Association in Thailand, and 2009, during the Asian Martial Arts Games promoted in Bangkok by Olympic Council of Asia and Thailand Sport Authority.

Maj Gen Charouck ARIRACHAKARAN congratulated to Mr. Nassiri for his successful works for development of Kickboxing not only in Asia but all around the world and confirmed his full support to Mr. Nassiri.