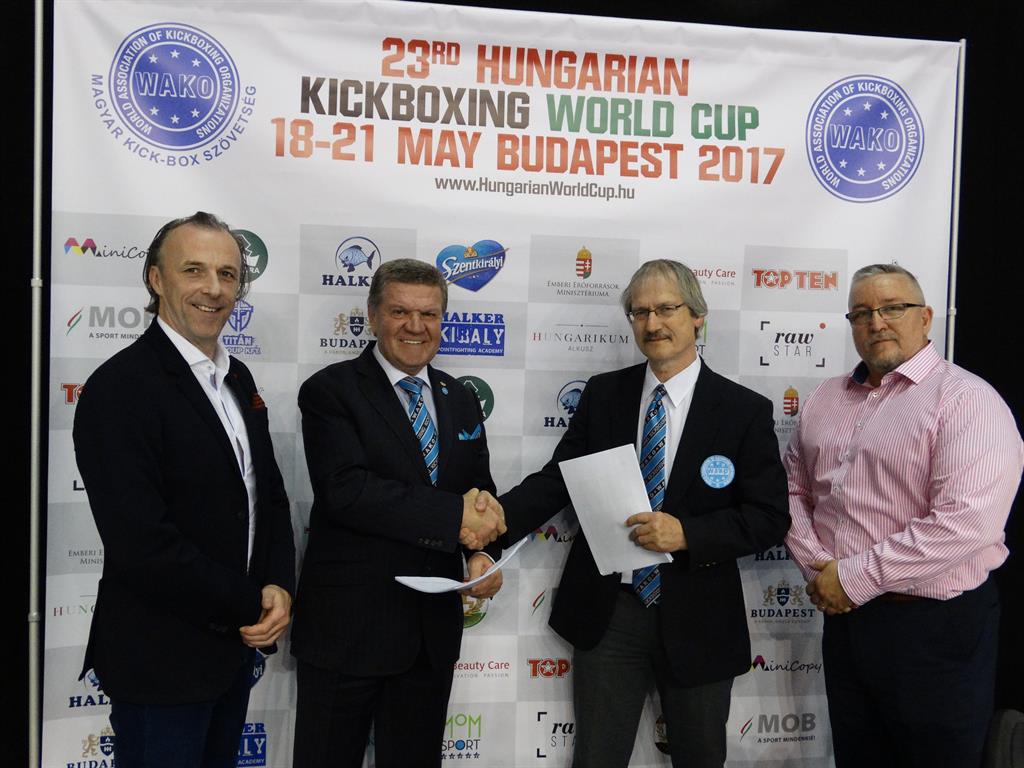 Earlier scheduled World Championships which had to be held in Brazil in October 2017 has been CANCELLED due to political problems in that country and shall be organized in Budapest, Hungary. WAKO PanAm President Mr. Paulo Zorello and his team did everything in their power to organize this event as it was agreed but, for the objective reasons, it was impossible.
WAKO thanks Mr. Paulo Zorello for his efforts to stay to the last moment convinced that Championships can be held in Brazil.

To protect WAKO and its Championships, it was agreed that WAKO World Senior Championships in all disciplines this time will be held in Budapest, Hungary, from 4th – 12th November 2017 .

As the host of the second part of the WAKO Championships, WAKO Hungary agreed that will organize on the same conditions World Championships in all disciplines.
WAKO President Mr. Borislav Pelevic signed the agreement with Mr. Peter Galambos, WAKO Hungary President about organization of the next World Championships for seniors in Budapest, Hungary.
WAKO National Presidents have to be aware of this information and start planning their participation to the WORLD Championships.
Please find here below official letter sent to all National Federations by WAKO (IF) Administration by e-mail on 17th May 2017.