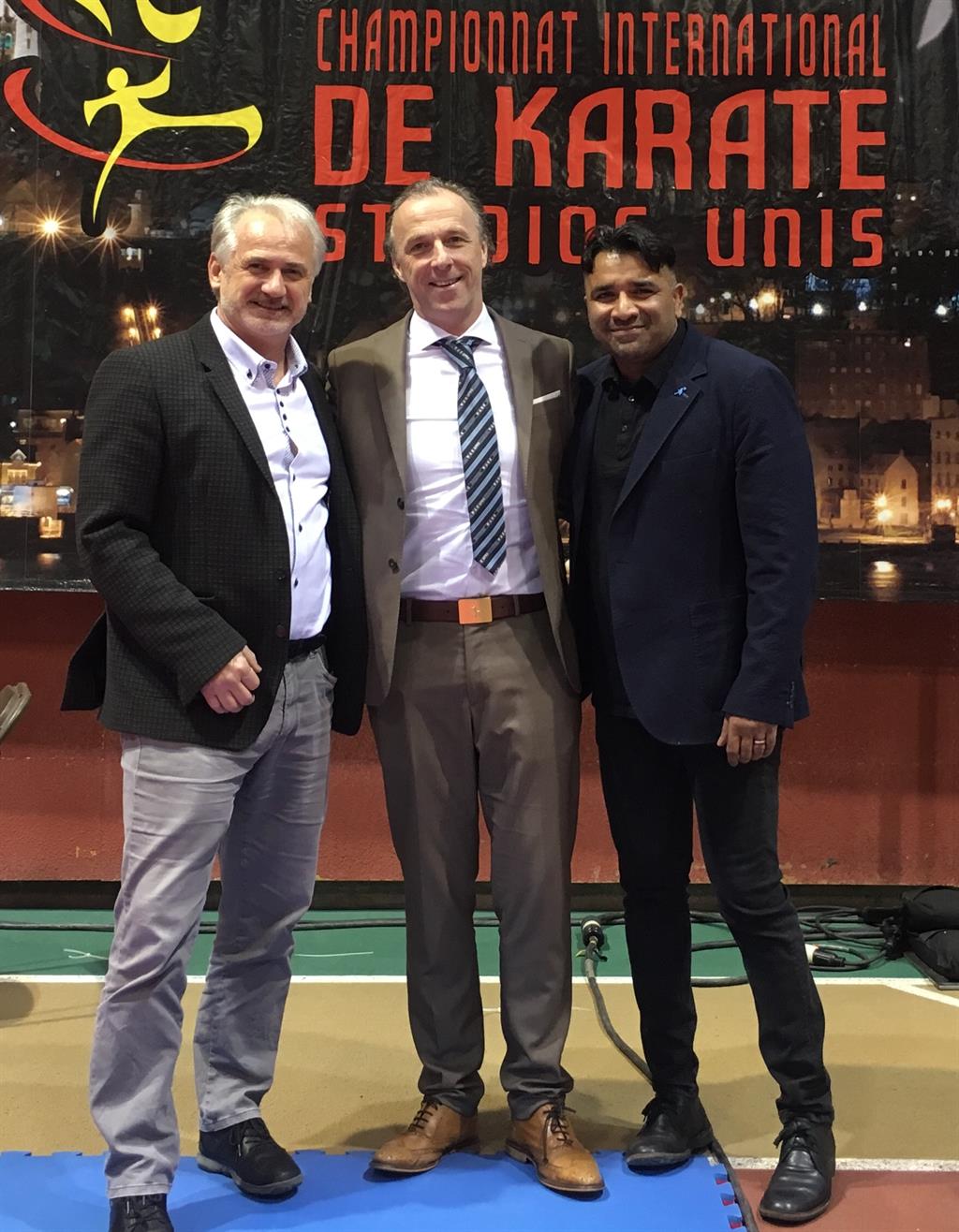 WAKO Canada completed its two events of 2019 National Championship;
on March 2-3 for Ring Sports in Niagara Falls,
on April 26th for Tatami Sports in Quebec City.

The WAKO Canada Nationals for Point Sparring – Light Contact – Forms/Weapons Championship were part of the Quebec Open Martial Arts Championship – with over 1000 competitors it is the largest tournament in Canada. On this occasion there were outstanding performances from athletes from across the huge Canadian country representing over 60 different clubs.

WAKO President Roy Baker travelled from Ireland to attend the Nationals and show support towards North American athletes and officials (in the picture in the middle President Baker, on left Mr. Horst Prelog, WAKO Board Member, on right Mr. Muzammal Nawaz, President of WAKO Canada):

‘“It’s been a busy period for me but I am designated to be present at the Canadian nations it was a well run event and has potential to grow and prosper with the right team and right focus. Congratulations to David Bossinotti and Muzammal Nawaz for hosting the event.”

WAKO Canada continues to grow in both Tatami and Ring disciplines. Congratulations to all athletes and their coaches.