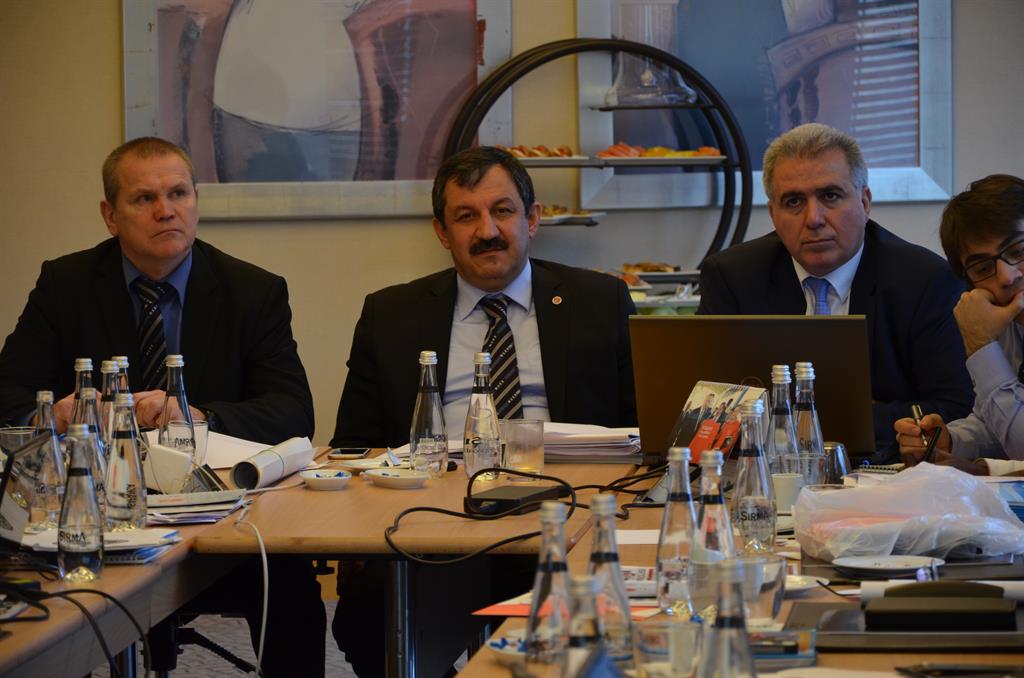 Newly elected Acting President, Mr. Salim Kayici, first thanked the WAKO Family to trust him for this most important position and stated that he will serve WAKO with the guidance of our honorary leader and mentor, Mr. Ennio Falsoni, following his principles and in collaboration with all our members, regardless of their regions and continental divisions, beliefs or nationalities, to serve and uplift kickboxing and WAKO to the rightful place.

He expressed our biggest ambition, to be recognised by the IOC and participate in the Olympics, that will be his first priority and he will do his best in this quest. Mr. Salim Kayici also stated his wish for Kickboxing to become a part of the University Games, Mediterranean Games, and Military Games and reminded Kickboxing’s recent acomplishment in the Turkish Military Curricula.

Later on, he thanked his predecessor Mr. Espen Lund for his great effort in the name of kickboxing and WAKO family. In his statement he said that WAKO family will develop and will initiate more members during his service promoting and motivating our current members who are not active to be more and more active everyday.