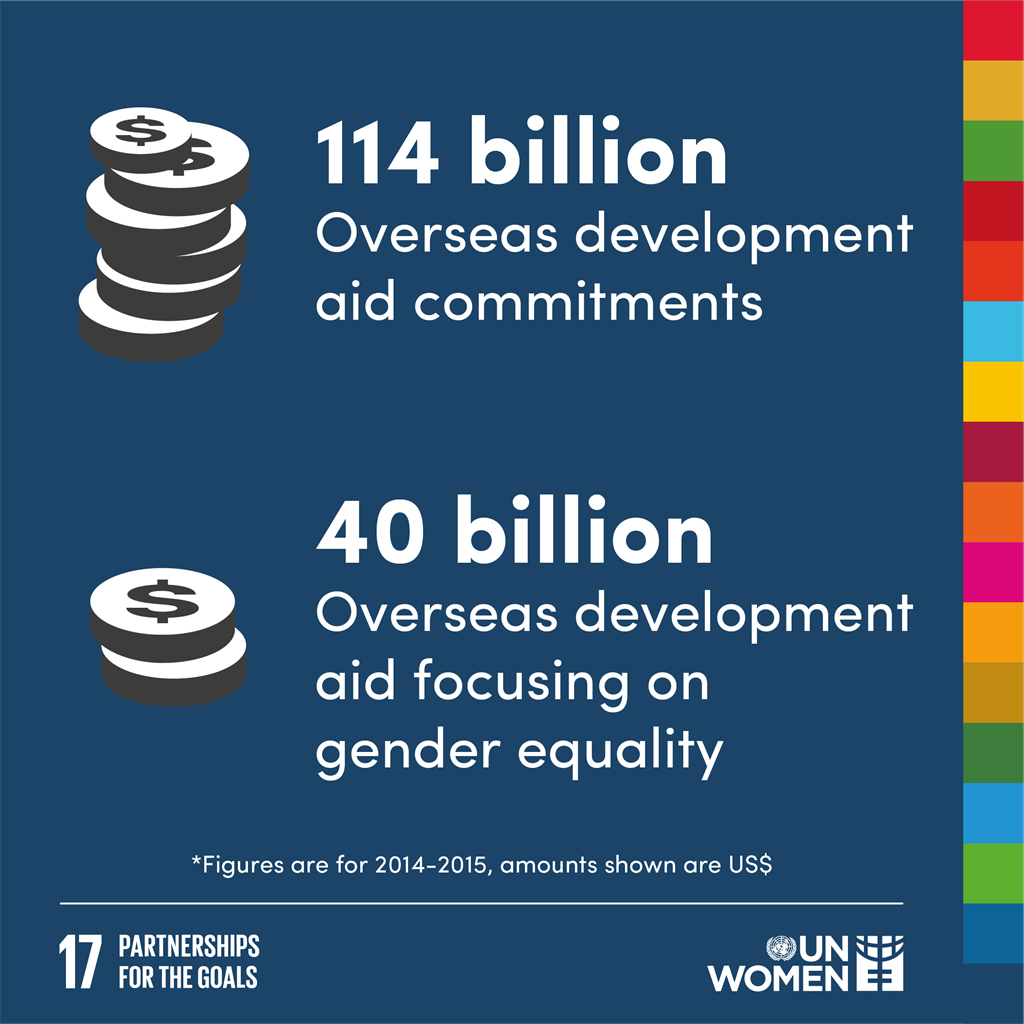 United Nations, New York — UN Women today launched its flagship report, “ Turning promises into action: Gender equality in the 2030 Agenda for Sustainable Development ”. The report demonstrates through concrete evidence and data the pervasive nature of discrimination against all women and girls everywhere, and puts forth actionable recommendations on how to fulfil the 2030 Agenda for Sustainable Development .

Two and a half years after the adoption of the 2030 Agenda, this first-of-its-kind report examines through a gender lens the progress and challenges in the implementation of all 17 Sustainable Development Goals (SDGs). The Agenda’s focus on peace, equality and sustainability provides a powerful counter-narrative to the current rise of conflict, exclusion and environmental degradation. Yet, women are up against an unprecedented set of challenges in all these areas, and urgent action is needed to address them.

For instance, new analysis from the report shows that:

Presenting the report, UN Women Executive Director Phumzile Mlambo-Ngcuka, said: “As a world, we committed through the SDGs to leave no one behind. This report’s new data and analysis underlines that, unless progress on gender equality is significantly accelerated, the global community will not be able to keep its promise. This is an urgent signal for action, and the report recommends the directions to follow.”

The report highlights how, in the lives of women and girls, different dimensions of well-being and deprivation are deeply intertwined: a girl who is born into a poor household and forced into early marriage, for example, is more likely to drop out of school, give birth at an early age, suffer complications during childbirth, and experience violence—all SDGs targets—than a girl from a higher-income household who marries at a later age.

The report also looks beyond national averages to uncover the yawning gaps between women and girls who, even within the same country, are living worlds apart because of their income status, race/ethnicity, or where they live. In the United States, poverty rates among black, Native American, and Alaskan Native women more than double those of white and Asian women, with disparities in education also staggering. Thirty-eight per cent of Hispanic women in the poorest quintile did not complete high school, compared to a national average of 10 per cent. Other case studies and data sets from the report take an in-depth look at the situation in Colombia, Nigeria, Pakistan, South Africa, and Uruguay.

The launch event today in New York will be followed by others in Berlin and Nairobi in the coming days.

The report and its executive summary are available at http://www.unwomen.org/en/digital-library/sdg-report .