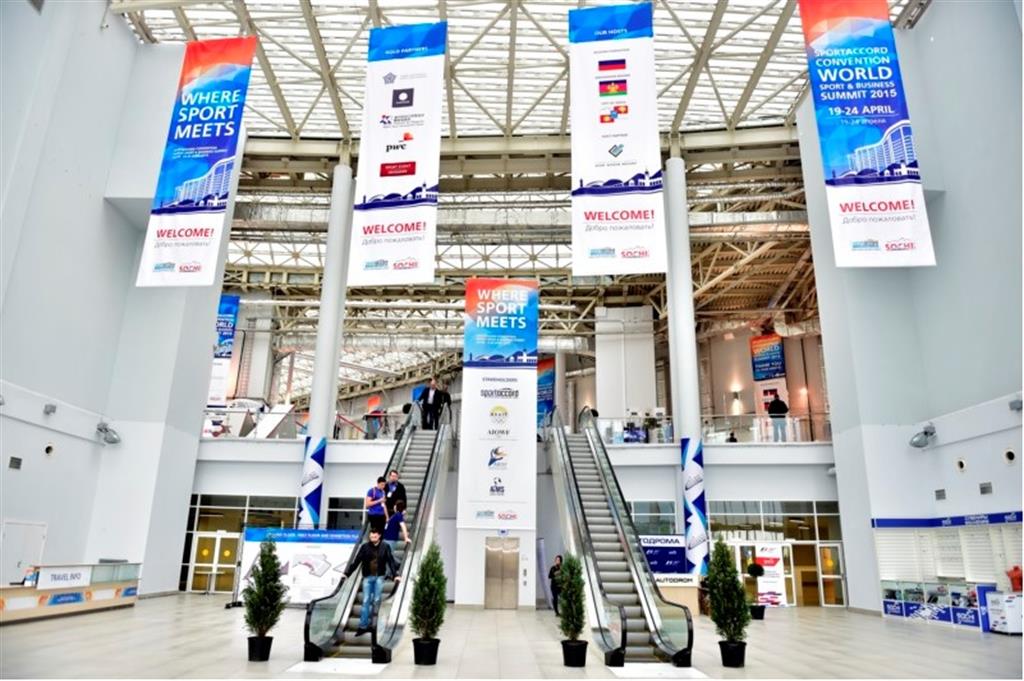 Sochi, Russia : With the promise of bringing the sports world closer, the 2015 edition of the SportAccord Convention World Sport and Business Summit opened in Sochi in Russia today. The 5-day long event will see leaders from the world of sports, sports industry and sports associations converge on the Black Sea resort city from all corners of the globe.

With almost 3100 registered participants, the latest edition of the SportAccord Convention has broadened its scope to include in its fray participants from sports business and sports media. There are over 95 countries and 52 delegations at this year’s Convention, representing an increase of over 50 percent in exhibitors at the annual event.

Remarking on the opening of the event, SportAccord President Marius L. Vizer said, “On the eve of the first SportAccord Convention World Sport and Business Summit in the Russian Federation I am steadfast in my belief that it is crucial for the Convention to continue to offer our Members and the International Sports Federations the best environment to consolidate their organisations and communities, provide unique win-win opportunities with new and existing partners. By actively supporting the sporting legacy of Sochi like so many of our Members have done and will continue to do so, we allow the international sports community to gather and show their solidarity for this important component of international events, whilst encouraging the collective sharing of the true values of sport.”

A unique feature of this year’s edition of SportAccord Convention shall be the organisation of the inaugural edition of the SportAccord Euronews Awards. Honouring the best achievements in sport, the Awards will be handed out in a gala on April 23, which shall also be broadcast live in over 150 territories, exclusively on Euronews.