SPORTACCORD WORLD COMBAT GAMES 2017 TO BE HELD IN PERU 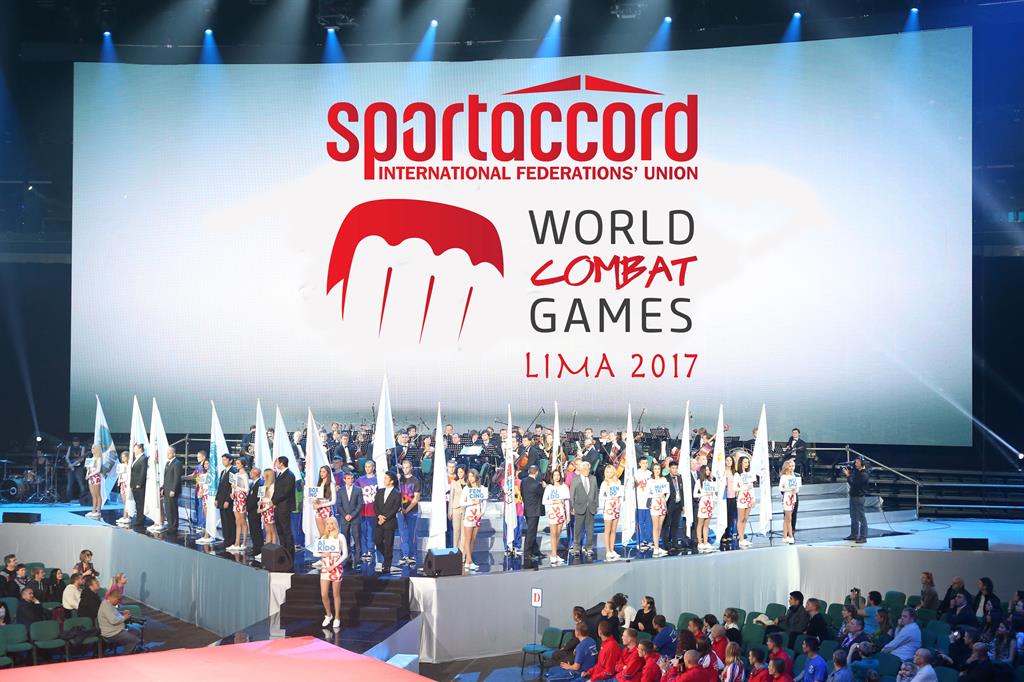 Lausanne, Switzerland: SportAccord is pleased to announce that the third edition of the World Combat Games will be organised in Lima, Peru in the end of 2017. The agreement to organise the event in the capital city of Peru was signed between Marius L. Vizer, president of SportAccord and José Quiñones González, the president of the Peru Olympic Committee.
Organised with the full support of the International Federations, the World Combat Games are due to be composed of 16 sports, 6 of which are in the Olympics and the remaining 10 are non-Olympic sports. Over 2500 athletes in 33 disciplines and 135 categories will participate in the 2017 edition of the event in Lima. The event will be broadcast live around the world in over 100 territories and also streamed live over the internet, apart from highlights and news coverage.

Announcing the agreement, Mr. Vizer said, “We are proud to organise the next edition of the World Combat Games in Peru. The first 2 editions of the event were successful and it will be a great honour for SportAccord to partner with the Peru Olympic Committee for the World Combat Games. Coincidentally, Valentina Shevchenko, an athlete representing Peru stands the chance to win the Sportswoman of the Year award at the inaugural SportAccord Awards this year for her exploits in muaythai and we are confident of providing many more Peruvian combat sports participants with a stage to shine.”

Mr. Quiñones expressed his happiness with the development by saying, “The World Combat Games is a great event that will allow us to expose our city and country to the world. We are pleased to be offered this chance to host the finest combat sports participants and showcase our athletes to the world. The 2017 event will build interest for combat sports and martial arts in the country. The World Combat Games is a perfect fit for our sporting philosophy to get more people involved with sports.”

Further discussions over the 2017 World Combat Games will be held with the respective 16 international sports federations during the SportAccord Convention World Sport and Business Summit in Sochi from April 19-24. The first edition of the World Combat Games was held in Beijing in 2010 and the second edition was organised in St. Petersburg, Russia in 2013. Sports composing the World Combat Games are- aikido, boxing, fencing, judo, ju-jitsu, karate, kendo, kickboxing, muaythai, sambo, savate, sumo, taekwondo, weightlifting, wrestling and wushu.

More details on the SportAccord World Combat Games 2017 can be obtained by contacting multisportsgames@sportaccord.com