The Best from Europe 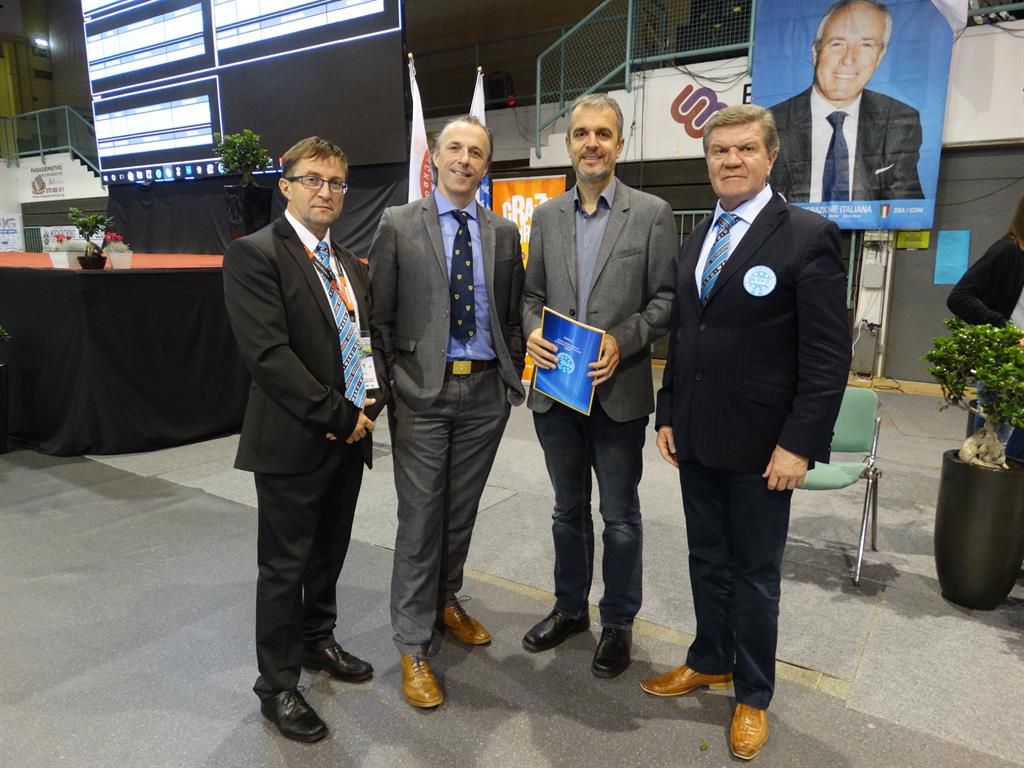 European Championships is near to its end.
Qualifications for The World Games are over, everything is transparent now – we know who is going to the Wroclaw next year, but the competition is going on so we still wait to see who will become the new European champion. Championship in Maribor was the great opportunity for WAKO European Acting President Mr. Roy Baker, Mr. Vladimir Sitar, WAKO Board member and WAKO IF President Mr. Borislav Pelevic to meet Mr. Matjaž Pečovnik, Secretary General of EUSA (European University Sports Association) and discuss about WAKO membership in this Organization.
Things are moving in the right direction for all of us in WAKO so we proud and satisfied are waiting for the Gala night of the finals.
In the picture WAKO officials with Mr. Matjaž Pečovnik, EUSA Secretary General